Fed committed to getting inflation to 2% target, Barkin says 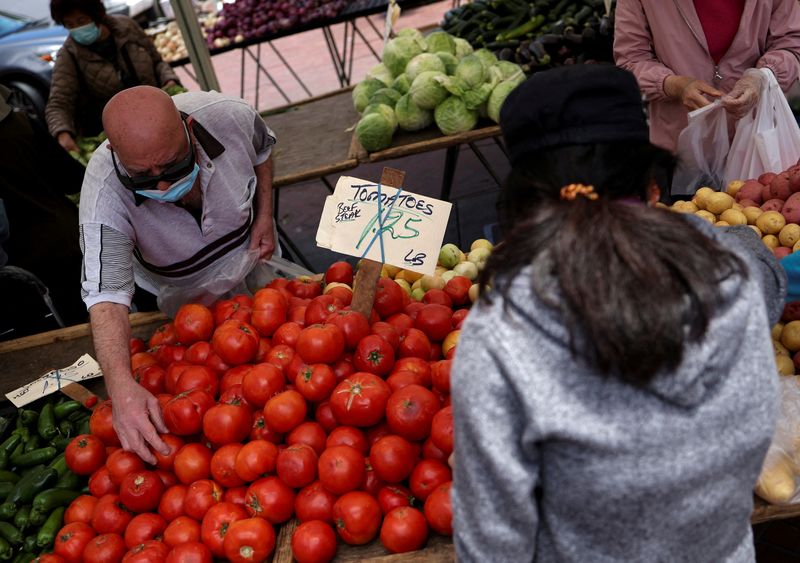 (Reuters) - The Federal Reserve is committed to getting inflation under control and returning it to the U.S. central bank's 2% target, Richmond Fed President Thomas Barkin said on Wednesday, the latest in a litany of policymakers voicing determination to rein in price increases running at the highest pace in four decades.

"We are committed to returning inflation to our 2% target and have made clear we will do what it takes," Barkin said in prepared remarks for an event in Virginia.

Fed Chair Jerome Powell said last week that the central bank may consider another "unusually large" rate hike at its Sept. 20-21 policy meeting, with officials guided in their decision making by more than a dozen critical data points covering inflation, employment, consumer spending and economic growth between now and then.

The Fed raised its benchmark overnight lending rate by another three-quarters of a percentage point last week to a target range between 2.25% and 2.50%. It has hiked that rate by 225 basis points since March as officials have been increasingly aggressive to try and quash stubbornly high inflation even as recession fears grow.

Addressing worries of a recession, Barkin said they are "a little inconsistent" with the current pace of job growth at nearly 400,000 a month, along with an unemployment rate of 3.6%, near the lowest in a half century.

Barkin said he sees inflation receding, but "not immediately, not suddenly and not predictably."

Three drivers should help lower it, he said: flattening demand, in part from the Fed's rate hikes, improvement in global supply chains and easing of commodity price pressures. But even if the Fed does not get help from global events and supply chains, "we have the tools, and we have the credibility with households, businesses and markets required to deliver that outcome over time, and we will," Barkin said.