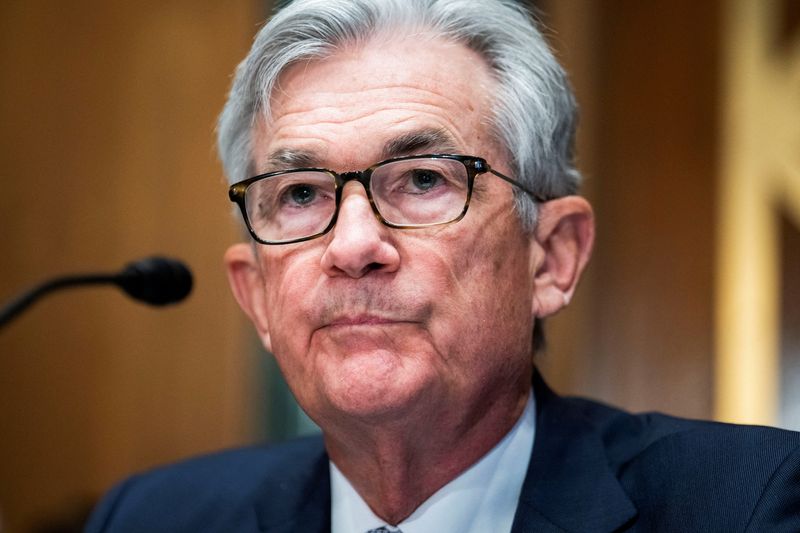 It is a move officials had downplayed as their two-day meeting approached over recent weeks, but which they now may be poised to adopt in response to data that has yet to show progress on taming the pace of price increases. The growing possibility of a surprise move was reported earlier on Monday by the Wall Street Journal, helping to further push trade in future contracts tied to Fed policy in that direction.

Fed officials have not commented publicly since the start of their pre-meeting "blackout" period on June 4, and prior to that had said they were leaning toward a second straight half-point rate increase at their June 14-15 policy meeting.

But that outlook was conditioned on, as Fed Chair Jerome Powell said at his May press conference, "economic and financial conditions evolving broadly in line with expectations. ... Expectations are that we’ll start to see inflation, you know, flattening out."

Instead, Labor Department data released on Friday for May showed consumer price inflation accelerating to 8.6%. An alternate "trimmed mean" measure from the Cleveland Federal Reserve Bank that the Fed watches also accelerated, a sign that price pressures are broad and not limited to outlying groups of goods or services with particularly large price hikes.

Meanwhile, on Friday and Monday an array of measures of inflation expectations moved in the wrong direction for a Fed that has said it is particularly sensitive to loosing a grip on public psychology around price pressures.

Markets throughout Monday quickly repriced, with traders in contracts tied to the federal funds rate by late Monday betting with near certainty on a three-quarter-point increase, which would be the first hike that large since November 1994.

A decision will not be made until the close of the meeting on Wednesday after what is likely to be a full debate about the risks that faster rate hikes might tip the economy into a recession, and the risks they might pose to the Fed's own credibility after leaning hard on half-point increases as adequate for now.

The Fed has at times in the past both driven market repricing to suit its needs and used market moves as an opening to align its own policy.

In this case, data shifting the inflation outlook came in at a time when Fed officials were proscribed by internal rules from speaking out publicly on how it affected their outlook.

Several media reports, following the initial report in the Wall Street Journal https://www.wsj.com/articles/bad-inflation-reports-raise-odds-of-surprise-0-75-percentage-point-rate-rise-this-week-11655147927?mod=hp_lead_pos1, also signaled the possibility of a larger hike, however, and markets began moving as a result, with several high-profile Fed analysts, including those at institutions like JP Morgan and Goldman Sachs (NYSE:GS) joining in.

"Until and unless we see some kind of unofficial clarification, we are forced to take the reports at what we think is face value," said ISI Evercore Vice Chair Krishna Guha, who had been sticking with projections of a half-point hike. "It looks like we were wrong and 75 is after all likely this week."