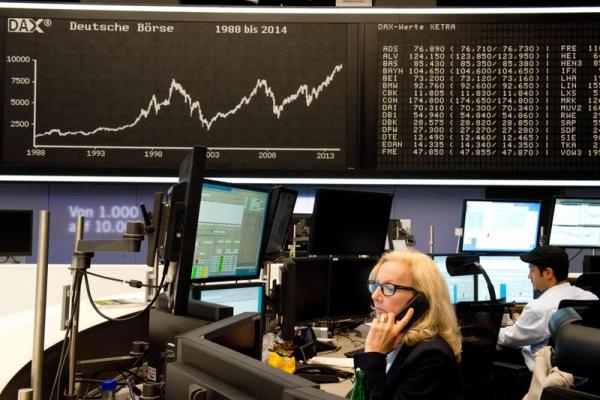 Investing.com -- The dollar stays bid after a Federal Reserve official argues for another 75 basis point hike in July. Germany restarts its coal-fired power stations and will introduce an auction scheme to reduce its gas consumption after Gazprom cut supplies by 60% last week. Emmanuel Macron loses his parliamentary majority in France, while China passes up an opportunity to loosen monetary policy. Bitcoin bounces after dipping below $18,000 at the weekend, but oil's sell-off continues as fears of a recession meet a slight improvement in the supply outlook. Here's what you need to know in financial markets on Monday, June 20.

1. Dollar stays bid as Waller argues for another 75bp hike

The dollar stayed close to the 19-year high it posted last week after a Federal Reserve official said he wants another 75 basis point rate hike at its meeting in July.

“If the data comes in as I expect, I will support a similar-sized move at our July meeting," Washington, D.C.-based governor Christopher Waller said on Sunday. However, Waller – a noted hawk – also appeared to take a full percentage point hike off the table, saying there were limits to how fast the Fed can move.

Elsewhere, Cleveland Fed President Loretta Mester told CBS it would take two years to bring inflation down to the Fed’s 2% target, and acknowledged that the Fed’s delayed response to the threat had raised the risk of a U.S. recession.

Germany said it will restart some coal-fired power stations in order to guarantee the security of energy supplies, after Russia cut gas flows to its biggest customer by 60% last week.

The move threatens to delay Germany’s slow progress toward phasing out coal, which was agreed upon as part of the current government’s coalition agreement. However, it improves the chances of the country filling its gas storage facilities by the start of winter. Gazprom's (MCX:GAZP) supply cuts had put an abrupt stop to what had been a steady rise in storage injections in recent weeks.

Vice-Chancellor and Economy Minister Robert Habeck also said he will introduce an auction system aimed at reducing gas consumption from this summer, but gave few indications as to how it would work.

With U.S. markets closed for the Juneteenth holiday, Asian and European markets have drifted mostly higher.

China’s central bank overnight declined an opportunity to cut its Prime Loan Rate, the most important of its policy interest rates, signaling that it’s still more concerned about overall levels of leverage in the economy than about the slowdown in consumption due to the spate of COVID-19 lockdowns.

European markets, meanwhile, shrugged off the news that French President Emmanuel Macron had lost his parliamentary majority in elections to the Assemblee Nationale at the weekend, with the extreme left and right both making gains at the expense of his centrist faction. French bonds underperformed in a quiet morning session for Eurozone debt.

Bitcoin bounced, snapping a five-day losing streak after slumping briefly below $20,000 at the weekend.

Pressure on less liquid crypto networks continued to create problems however. Celsius Network, one of a handful of lenders to suspend withdrawals last week, said it would need more time to resume them, while DeFi platform Bancor suspended its so-called ‘Impermanent Loss Protection’ mechanism less than a month after launching it.

Solend, a network that runs on the Solana blockchain, said it had taken over an outsize position run by a single participant to reduce its systemic risk.

Crude oil prices extended their declines, although the pace of selling slowed a Friday rout that was driven by recession fears.

Newswires reported that Libya had managed to restore its output to 800,000 barrels a day as a wave of protests and disruptions to export facilities subsided. The outlook for rising U.S. supply also continues to improve, with Baker Hughes’ rig count having risen by another 4 to a 26-month high of 584 last week.