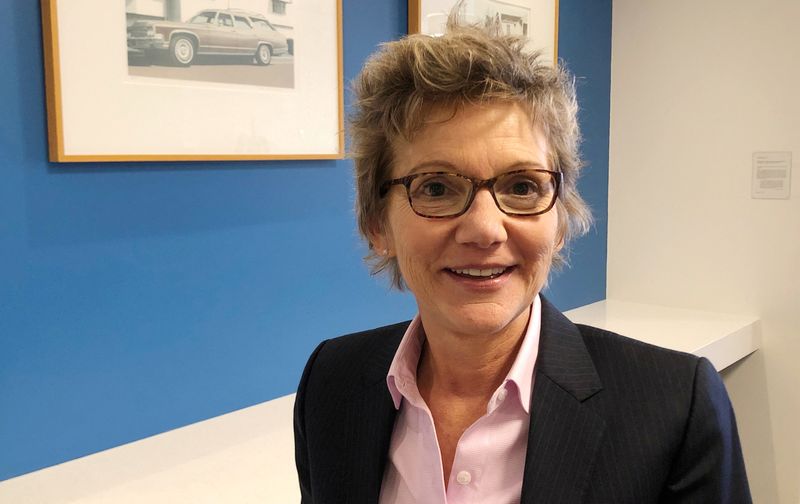 (Reuters) -It would be 'reasonable' for the Federal Reserve to raise interest rates by 50 basis points next month if the economy evolves as expected, San Francisco Fed President Mary Daly said on Wednesday, as she cautioned once again that policymakers are resolute in reducing decades-high inflation.

"I start from the idea that 50 would be a reasonable thing to do in September because I believe I'm seeing evidence in my contact conversations, and in the observations of the world I see, that there are some bright spots for me," Daly said in an interview with Reuters.

That said, "if we just see inflation roaring ahead undauntedly, the labor market showing no signs of slowing, then we'll be in a different position where a 75-basis-point increase might be more appropriate. But I go in with the 50 in mind as I look at the data coming in," Daly added.

Markets have responded to the Fed's monetary policy tightening, but other evidence of the U.S. central bank's actions affecting the economy are yet to be seen, the San Francisco Fed chief noted.

"We have a lot in the pipeline of tightening, but we have yet to see the slowdown fully reveal itself," she said.

After Daly's remarks investors in futures contracts tied to the Fed's benchmark overnight interest rate pared back the probability that the U.S. central bank would raise its policy rate by 75 basis points at its Sept. 20-21 meeting.

Fed Chair Jerome Powell said last week the central bank may consider another "unusually large" rate hike at next month's meeting, with officials guided in their decision making by more than a dozen critical data points covering inflation, employment, consumer spending and economic growth between now and then.

Several policymakers, including Daly, have shown stiffening resolve this week to continue the aggressive policy tightening, with nearly all of them uniformly flagging that the central bank remains determined to press ahead with rate hikes until it sees strong and long-lasting evidence that inflation is on track back down to the Fed's 2% goal.

Inflation has for months confounded expectations that it would ease and is now, by the Fed's preferred measure, running at more than three times the 2% target.

Daly also said raising the Fed's policy rate to 3.4% by the end of this year "is a reasonable place to think about us getting to," adding that she does not believe the central bank has yet reached the threshold for that rate to be considered restrictive. Daly said she sees it being restrictive at around the 3% level.

The median estimate among Fed policymakers of the so-called neutral rate, the level that neither stimulates nor curbs economic growth, is 2.5%.

The central bank raised its benchmark overnight lending rate by another three-quarters of a percentage point last week to a target range between 2.25% and 2.50%. It has hiked that rate by 225 basis points since March as officials have been increasingly aggressive to try and quash the high inflation even as recession fears grow.