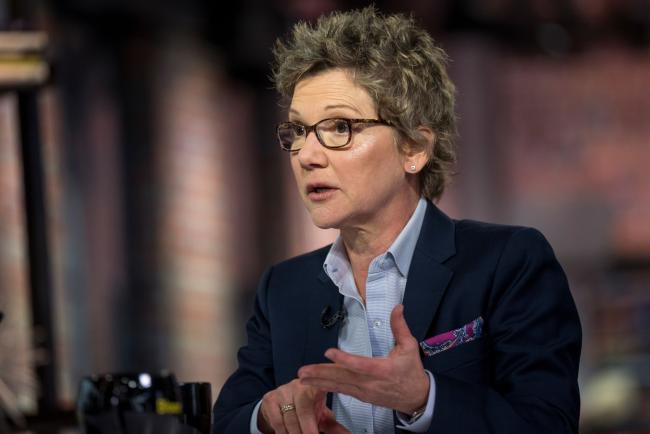 “Going up in 50-basis-point increments to me makes quite a bit of sense and there’s no reason right now that I see in the economy to pause on doing that in the next couple of meetings,” Daly said in an interview Thursday with Bloomberg News.

She added that a 75-basis-point increase, which has been the subject of speculation as an option to curb surging inflation, is “not a primary consideration.” Daly is not a voter this year on the policy-setting Federal Open Market Committee.

Policy makers increased the federal funds target rate by half a percentage point, to a range of 0.75% to 1%, at their meeting earlier this month. It was the first hike of that size since 2000 as the Fed fights to tamp down the biggest increases in consumer prices in 40 years.

“I expect financial conditions to tighten even more as we march through these rate increase and remove stimulus from the economy,” Daly said. “I think we’ve made a good start on them already, but I would like to see continued tightening of financial conditions -- that would be consistent with bringing supply and demand back into balance.”

Daly said the Fed’s benchmark rate should rise to neutral -- the level at which policy is neither speeding up nor slowing down the economy -- by the end of the year, and sees that lying around 2.5%.

Some economists have argued that such a steep trajectory for rate increases may tip the economy into a recession. Daly said the US is in a strong place and should be able to withstand that.

“The economy has a lot of momentum,” Daly said. “Adjusting the policy rate, removing support from the economy, bringing us up to neutral when things are this good, doesn’t worry me. It’s sort of helping get the economy back into sustainable growth, sustainable paths, and that’s actually going to be beneficial to the economy in the longer run.”