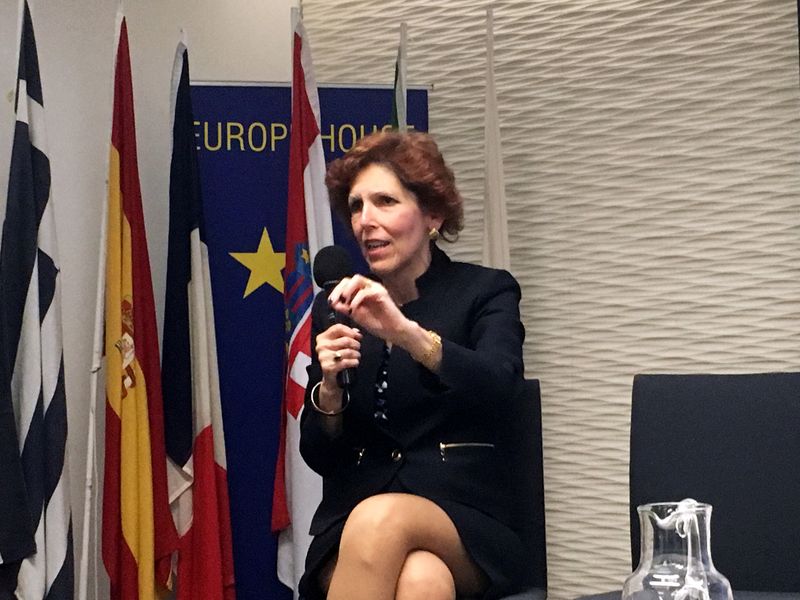 NEW YORK (Reuters) - Now that the U.S. economy is in a stronger place, Federal Reserve officials should reduce the central bank's bond holdings as quickly as they can without disrupting financial markets, Cleveland Fed President Loretta Mester said Wednesday.

Mester said she wants the Fed to look at using higher redemption caps as it reduces its balance sheet and that she would not want to rule out the possibility of actively selling assets, but emphasized those decisions will be based on the state of the economy.