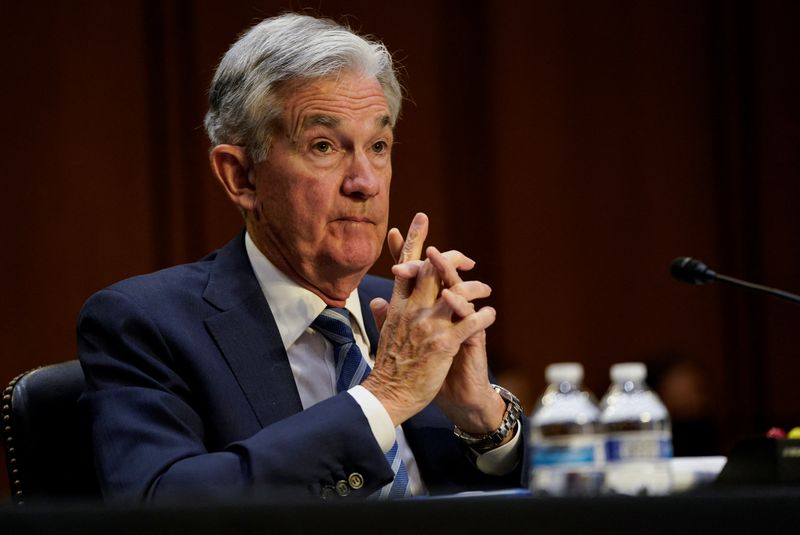 (Reuters) - The Federal Reserve's commitment to reining in 40-year-high inflation is "unconditional" but also comes with the risk of higher unemployment, U.S. central bank chief Jerome Powell said on Thursday.

"It's unconditional," Powell told the U.S. House of Representatives Financial Services Committee when asked about the Fed's commitment to fight inflation that, by the central bank's preferred measure, is running at more than three times its 2% target.

"We really need to restore price stability ... because without that we're not going to be able to have a sustained period of maximum employment where the benefits are spread very widely," he said.

"It's something that we need to do, we must do."

Powell's testimony marked a second straight day in which he has been grilled by lawmakers in Congress over the Fed's effort to control inflation, which is lifting fears of a sharp economic slowdown or recession and a steep rise in unemployment.

On Wednesday, Powell told the U.S. Senate Banking Committee that the Fed was not trying to provoke a recession but that one was "certainly a possibility" with recent global events outside its control making it more difficult to tame price pressures without inducing a downturn.

Under questioning by members of the House panel on Thursday, Powell said there was a risk the Fed's actions could lead to a rise in unemployment. The U.S. jobless rate stood at 3.6% in May.

"We don't have precision tools," he said, "so there is a risk that unemployment would move up, from what is historically a low level though. A labor market with 4.1% or 4.3% unemployment is still a very strong labor market."

At the same time, however, Powell said he expects economic growth to pick up in the second half of the year after a sluggish start to 2022.

Price pressures have continued to build for months, forcing the Fed to ramp up its tightening of financial conditions in an attempt to cool demand while hoping that some supply chain issues begin to untangle over the next few months.

Last week, the Fed raised its benchmark overnight interest rate by three-quarters of a percentage point - its biggest hike since 1994 - to a range of 1.50% to 1.75%, and signaled its policy rate would rise to 3.4% by the end of this year.

Powell also said the central bank would very likely need to raise rates by either 50 or 75 basis points at its next meeting in July, with other Fed officials lining up since then to back the newly aggressive stance of getting rates into slightly restrictive territory in short order.

Economists polled by Reuters earlier this week forecast the Fed would deliver another 75-basis-point rate hike in July, followed by a half-percentage-point rise in September, with no scaling back to quarter-percentage-point moves until November at the earliest.

There are already some tentative signs of softening of a still red-hot labor market, with claims for unemployment benefits treading water since tumbling to more than a 53-year low in March.