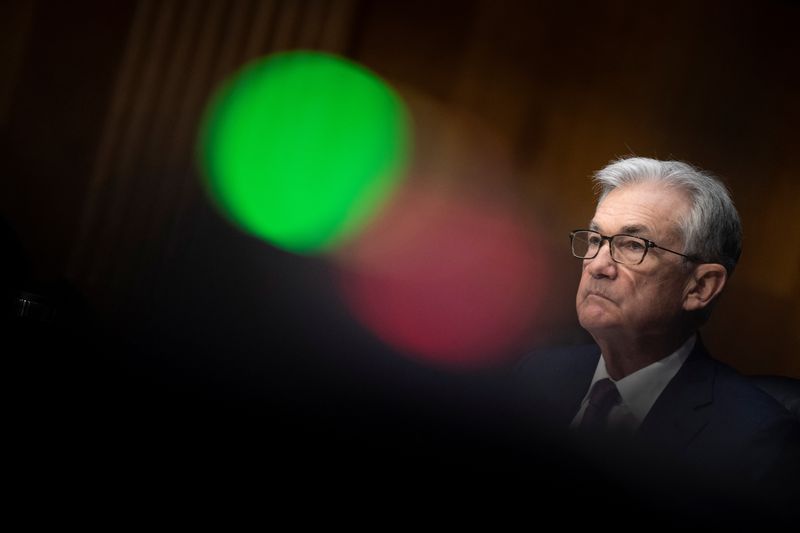 (Reuters) - Federal Reserve Chair Jerome Powell said on Tuesday the Fed is looking to tweak a key leverage requirement and sees climate stress scenario analysis as a "key tool" for ensuring that the top U.S. banks are aware of climate change financial risks.

Specifically, Powell said the Fed is sticking with its plan to review the "supplementary leverage ratio," (SLR) a major constraint on bank activity, after banks complained it discouraged them from investing in the U.S. Treasury market.

His comments came during his renomination hearing before the Senate Banking Committee.

Concerns about the SLR's impact on bank activity are becoming more acute, as the Fed looks to step back from its bond-buying habits as it reduces economic stimulus. Banks had griped that the SLR, which directs banks to hold capital against investments regardless of their risk, effectively discouraged them from buying traditional safe assets like Treasuries.

The Fed was forced to temporarily waive the SLR after the Treasury market seized up in March 2020. The Fed let that relief expire a year later, but promised to review the SLR for potential improvement. Powell's comments clarify that work is still on the Fed's agenda.

Separately, Powell said climate-specific analysis of potential bank risks will be a "key tool" for Fed bank supervisors in the future, as the central bank looks to catch up with global counterparts in assessing the financial risks posed by climate change.

Reuters has the Fed has privately pressed banks on how they are internally gauging that risk, and banks believe the Fed could launch a "scenario analysis" of climate risks in 2023.