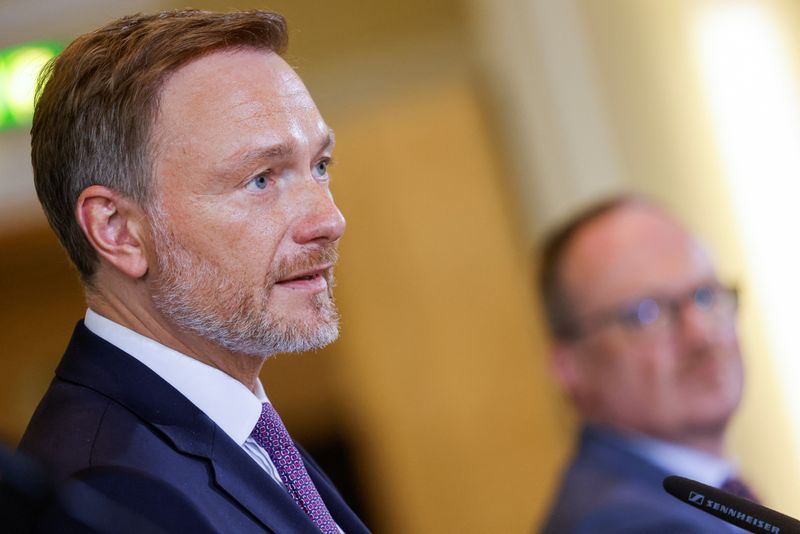 BERLIN (Reuters) - Finance Minister Christian Lindner expressed on Wednesday Germany's interest in helping Ukraine financially, together with its G7 partners, but stressed that Berlin needed to rein in spending once again by next year.

"We must find an exit from crisis mode," Lindner told reporters, reiterating his goal to bring back Germany's debt brake in 2023.

The Group of Seven (G7) nations are discussing Ukraine's exact financial needs, he said, while adding that the German government would reject taking out any joint European Union debt.