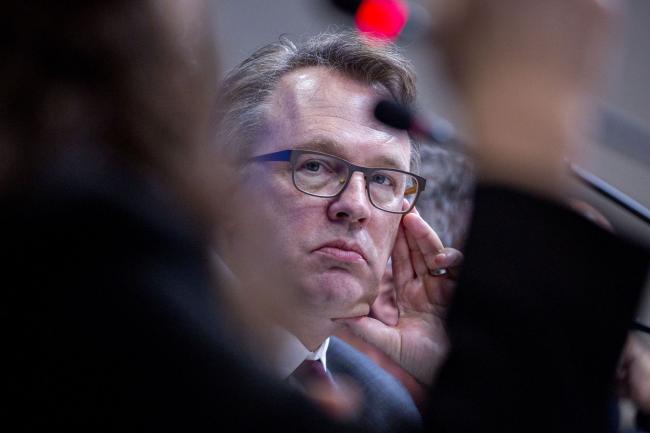 “Using monetary policy to mitigate financial stability vulnerabilities can lead to unfavorable outcomes for the economy,” Williams said Wednesday in remarks prepared for a Treasury market conference at the New York Fed. “Monetary policy should not try to be a jack of all trades and a master of none.”

The remarks, coming from a top Fed official amid heightened volatility in financial markets, underscored the central bank’s resolve to keep monetary policy tight enough to slow the economy and bring inflation down from the four-decade highs reached this year.

Williams, who as president of the New York Fed plays a key role overseeing the central bank’s main point of contact with the financial system, suggested efforts to strengthen its resiliency in recent years are allowing officials to stay focused on the inflation fight, which he described as “of paramount importance.”

“We have instituted changes over the past few years that support market functioning in times of stress,” he said, pointing to standing repurchase agreement facilities the Fed rolled out last year which “remain ready to provide liquidity as needed should funding pressures arise.”

But the New York Fed chief also suggested there is more work to be done.

“The time is now to find solutions that strengthen our financial system without compromising our monetary policy goals,” he said. “These issues are complex, but the need for meaningful progress on strengthening the resilience of core financial markets is clear.”

Williams’s remarks followed a blog post on the bank’s website the day before highlighting the deterioration of liquidity in the Treasury market this year. Its authors said worsened liquidity conditions in the critical market were “consistent with the current level of volatility” and reflected a “well-known negative relationship between volatility and liquidity.”

But they also warned risks remain, pointing to the episode at the onset of the pandemic in March 2020 that froze up the market and forced the Fed to intervene.

“The market’s capacity to smoothly handle large flows has been of ongoing concern since March 2020,” Michael Fleming and Claire Nelson, the New York Fed researchers who authored the post, wrote. “Lower-than-usual liquidity implies that a liquidity shock will have larger-than-usual effects on prices and perhaps be more likely to precipitate a negative feedback loop between security sales, volatility, and illiquidity.”