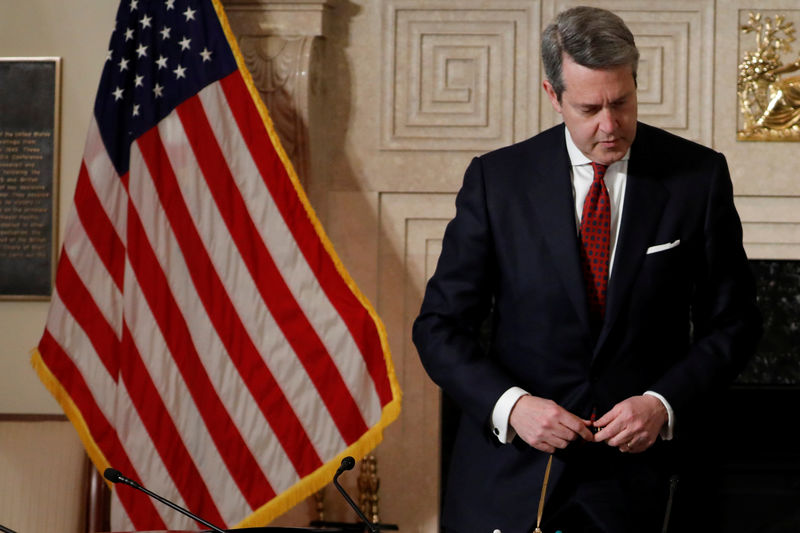 “Given the intensity of inflation, the degree to which unemployment has been driven down -- to bring that back into an equilibrium, it’s unlikely the Fed is going to be able to manage that to a soft landing,” he said on the IntraFi Network’s Banking with Interest podcast. “The effect is likely to be a recession.”

Quarles, who left the Fed in December after his term as vice chair had expired, also suggested that the central bank would have acted earlier to try to rein in inflation but for uncertainty over President Joe Biden’s decisions on its leadership.

“Had clarity been provided, I think the Fed would have acted earlier,” Quarles said. But Biden “didn’t do that for a number of months,” he said.

Biden in November tapped Chair Jerome Powell for a second term. Powell the following month rejected the idea that he had held off on a hawkish policy tilt until Biden’s announcement.

Powell and his colleagues on Wednesday are expected to raise interest rates by 50 basis points and signal that further increases are in store.

Quarles, who is now chairman of asset manager Cynosure Group, said it wouldn’t take much of an increase in rates to have a big impact on the economy given the amount of debt that has been built up in the U.S.

“For an economy that has accustomed itself to interest rates as low as they have been for as long as they have been, it doesn’t take a very large nominal increase in interest rates to be a very significant percentage of debt service for a number of heavily indebted actors,” he said. “The effect on the economy could be fairly strong.”

Powell, by contrast, in March told U.S. lawmakers that “it’s more likely than not that we can achieve what we call a soft landing, and they’re far more common in our history than is generally understood.”

Quarles said it was “pretty clear” by last September that inflation was largely being driven by an excess of demand that the Fed needed to address.

“We would have been better served to start getting on top of it in September,” Quarles said. “That was hard to do until there was clarity as to what the leadership going forward of the Fed was going to be.”

In the event, the Fed kept interest rates pegged near zero until March of this year, when it raised them by a quarter percentage point. It also ended its quantitative easing program around that time.

Quarles voiced confidence that the central bank would succeed in getting inflation under control. “The Fed will get on top of inflation,” he said.

The Fed’s preferred price measure rose 6.6% in March from a year earlier, more than three times the central bank’s 2% goal.