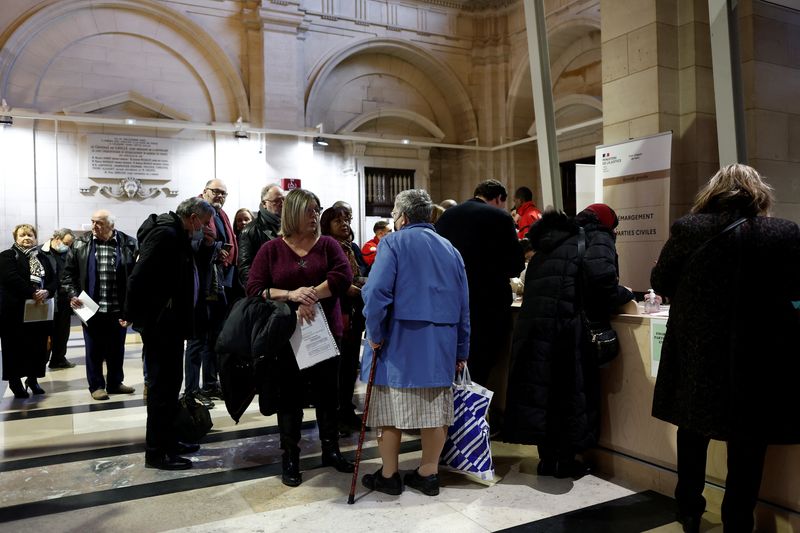 © Reuters. People arrive for the start of the appeal trial of the Mediator drug case, one of the country's biggest pharmaceutical scandals, at the courthouse in Paris, France, January 9, 2023. REUTERS/Benoit Tessier

PARIS (Reuters) - French drugmaker Servier on Monday launched its appeal against manslaughter and deception convictions handed down by a Paris court in 2021 in connection with weight-loss pill Mediator.

At least 500 people died of heart valve problems in one of France's worst health scandals because of exposure to the active ingredient in Mediator, which was prescribed as an appetite suppressant.

The drug was withdrawn from sale in France in 2009, but had already been pulled from the market in the United States, Spain and Italy about a decade earlier.

The company was fined 2.7 million euros ($2.88 million) for concealing Mediator's risks, and ordered to pay more than 180 million euros in compensation and interest to victims.

Servier is appealing more than half a dozen convictions against the company and former head of operations Jean-Philippe Seta, including for manslaughter with wilful misconduct, involuntary injury, fraud and deception.

Seta is also appealing. Seta's lawyer could not immediately be reached for comment.

"Servier Laboratories and Jean-Philippe Seta still refute having deliberately deceived patients and their prescribing doctors over the dangers of Mediator," Francois De Castro, a lawyer for the company, told AFP ahead of the appeal.

The case is expected to last six months.