French Finance Minister: hopes worst will be over in terms of inflation by spring 2023 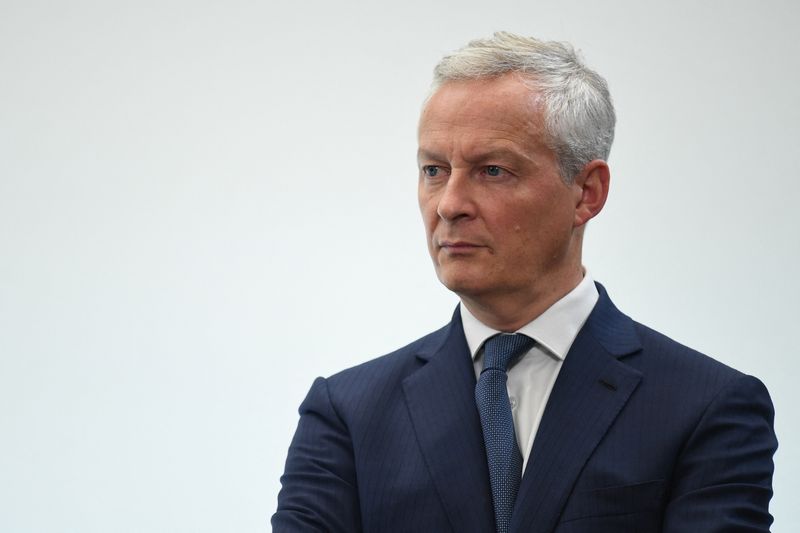 PARIS (Reuters) - French Finance Minister Bruno Le Maire said he hoped the worst would be over by spring 2023 in terms of inflation, and reaffirmed that France would have positive economic growth in 2023.

Le Maire also told France 2 TV that France would have a reform of its pensions system - a key planned reform for President Emmanuel Macron's government - by next summer.