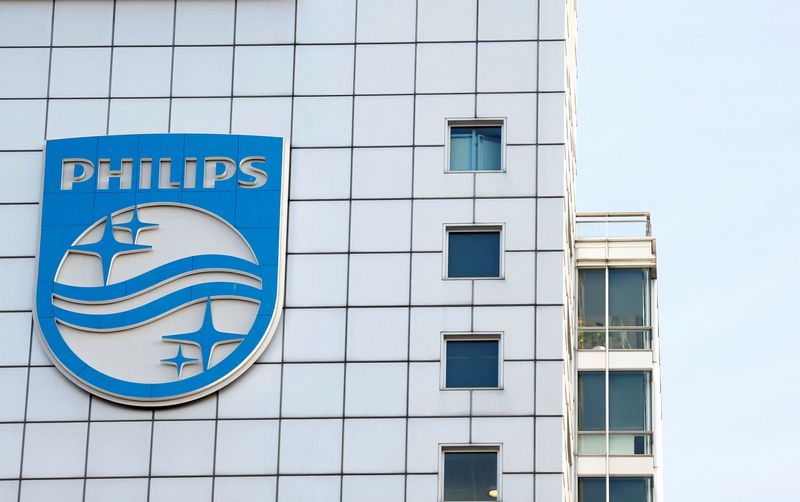 PARIS (Reuters) -French prosecutors said on Thursday they had opened a preliminary investigation into a respiratory device recall by Philips, as the Dutch firm's legal problems over the device spread from the United States to Europe.

Philips is already facing legal challenges in the United States over its recall of about 5.5 million ventilators and sleep apnea machines. The medical device makers is in talks with the U.S. Department of Justice over a settlement.

Philips began recalling the machines in 2021 due to a foam part that might degrade and become toxic, potentially causing cancer.

The Paris public prosecutor's office has "taken up, as of June 20, 2022, complaints filed on the grounds of aggravated deception, involuntary attacks on physical integrity, endangerment of life of others and administration of harmful substances," a spokesperson said in a text message.

A Philips spokesperson said the company could not immediately comment.

Philips Chief Executive Frans van Houten said last month he would leave the company, a day before the U.S. Food and Drug Administration (FDA) said reports of problems caused by the machine were rising.

There were 370,000 devices in France when they were recalled and about a third of them had so been replaced by Philips, according to a report by France Info, which first reported the Paris investigation.

The company said last month it had so far replaced about half of machines that were to be recalled, costing it 900 million euros ($899 million) before any settlement or legal claim costs.