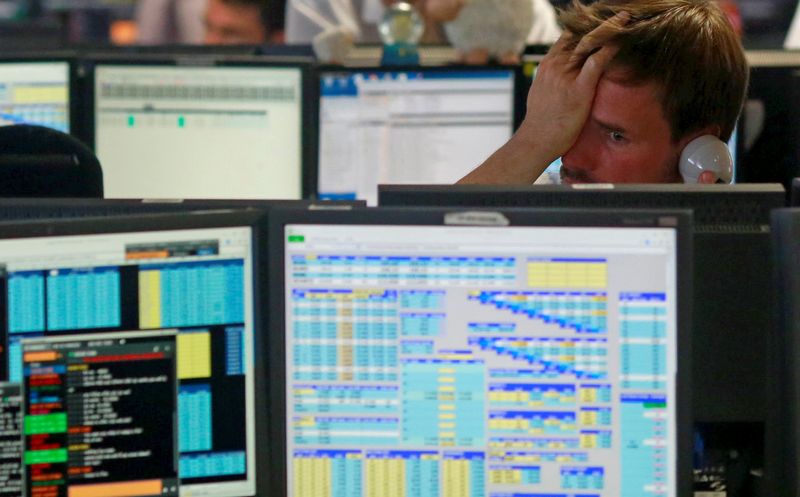 The midcaps index finished down 0.5% as the global mood soured after a solid U.S. jobs report for July bolstered the case for the Federal Reserve to press ahead with interest rate hikes. [.N]

Still, the FTSE 100 marked weekly gains as sterling came under pressure after the Bank of England on Thursday warned of a long UK recession even as it raised interest rates by the most in 27 years.

The index is home is several global companies that draw a large part of their revenue overseas, so a weakening sterling benefits the stocks.

The Bank of England (BoE) on Thursday raised its Bank Rate by a half percentage point to 1.75% - the highest level since late 2008 - in an attempt to control soaring inflation, but said Britain would enter a recession at the end of 2022 and not emerge until early 2024.

"Central banks generally tend to soft soap when it comes to bad news, however the frankness behind the BoE's economic assessment was as dark as it could be," said Michael Hewson, chief market analyst at CMC Markets UK.

The FTSE 250 index, more exposed to the domestic economy, posted a weekly decline of 0.5% as worries of slowing economic growth weighed on shares of homebuilders, retailers and travel and leisure firms.

The London Stock Exchange Group (LON:LSEG) rose 1.6% after it said its costs and savings targets for the integration of data company Refinitiv were on track, and it was launching a 750 million pound ($911 million) share buyback.