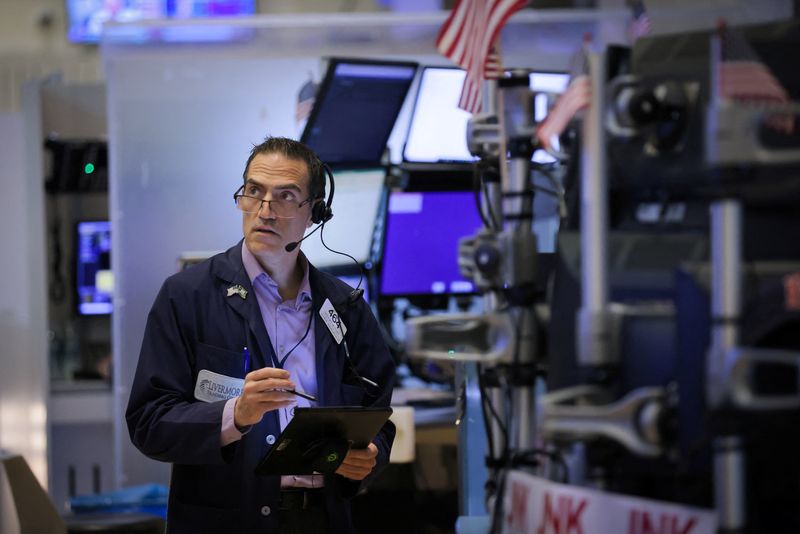 (Reuters) - U.S. stock index futures were steady on Friday ahead of data expected to show the pace of job growth slowed in July, but stayed strong enough to keep the Federal Reserve on its policy tightening path.

The Labor Department's employment report, due at 08:30 a.m. ET, is likely to show nonfarm payrolls rose by 250,000 jobs last month after rising by 372,000 in June, and that the unemployment rate remained unchanged at 3.6% for a fifth straight month.

While the 19th straight month of payrolls expansion would add to a recent batch of data suggesting the U.S. economy was not in a recession, the cooling in job growth would ease pressure on the Fed to deliver another super-sized interest rate hike to tame runaway inflation.

A bevy of policymakers have this week near uniformly flagged the central bank remains determined to press ahead with rate hikes until it sees strong and long-lasting evidence that inflation is trending lower towards the Fed's 2% goal.

Worries about an aggressive rise in borrowing costs, the war in Ukraine, Europe's energy crisis and COVID-19 flare-ups in China have rattled equities this year, leading investors to adjust their earnings expectations for corporate America.

However, the second-quarter earnings season has showed companies were far more resilient than estimated. Of the 410 S&P 500 companies that have reported earnings so far, 77.1% reported above analyst expectations, according to Refinitiv data.

The S&P 500 has bounced back nearly 14.2% from its mid-June lows after a rough first-half performance, prompting investors to question whether the rally has further room in the face of an uncertain economic outlook.

DoorDash Inc gained 11.6% after it raised its annual target for a key industry metric, saying it does not expect a slowdown in demand as consumers continue to order in despite decades-high inflation.

A recent rally in growth stocks after months of underperformance has put the S&P 500 and the Nasdaq index on course for their third straight week of gains.