German business sentiment clouds over but no sign of recession - Ifo 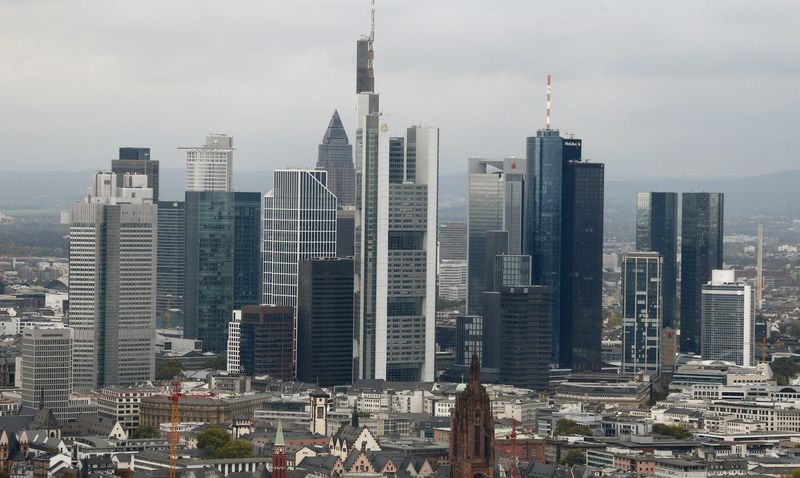 © Reuters. FILE PHOTO: The skyline of the banking district is pictured in Frankfurt, October 21, 2014. REUTERS/Ralph Orlowski

BERLIN (Reuters) -German business morale fell more than expected in June but a recession was not yet in sight despite rising energy prices and the threat of gas shortages, a survey showed on Friday.

The Ifo institute said its business climax index dropped to 92.3 following a reading of 93.0 in May, when the closely watched indicator posted a surprise recovery despite the economic impact of the Russia-Ukraine war.

A Reuters poll of analysts had pointed to a minimal fall in June to a reading of 92.9.

Not all sectors were suffering equally, as manufacturing and trade took significant hits while there was clear improvement in a services sector no longer encumbered by COVID-19 lockdowns, the data showed.

However, supply bottlenecks - which are slowing down carmakers, for example - have eased only minimally and high inflation continued to suppress consumer spending, Wohlrabe said.