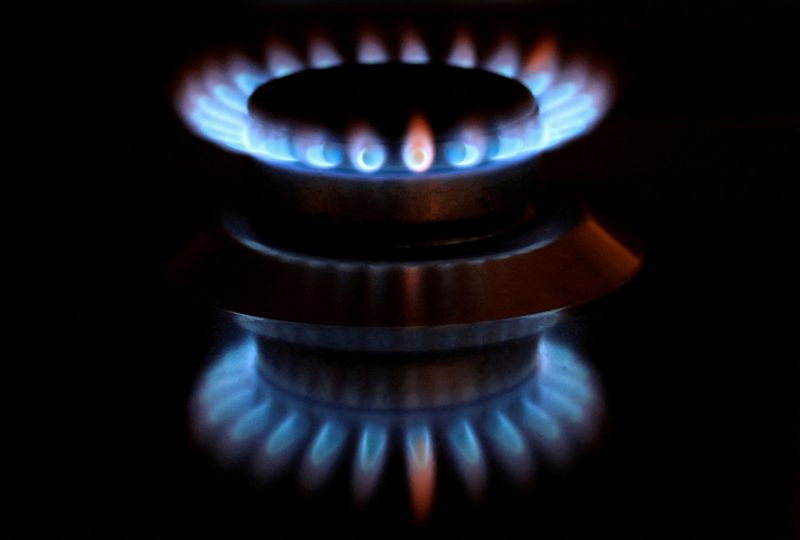 © Reuters. FILE PHOTO: Flames from a gas burner are reflected on a cooker in a private home in Bad Honnef near Bonn, Germany, October 11, 2021. REUTERS/Wolfgang Rattay

Like many countries, Germany has seen historically high prices of energy and related European carbon emissions permits which were triggered by the lifting of COVID-19 restrictions and resulting demand on depleted gas stocks.

"We are working flat out on solutions for households that are now facing difficulties," said the general secretary of the centre-left Social Democratic Party (SPD), Kevin Kuehnert in remarks authorised for publication on Sunday.

"Our promise has always been that we will particularly protect people on a tight budget who find themselves suddenly caught out by social and global developments," he added.

A newly installed Federal Ministry of Building has yet to deliver one-off heating support payments promised in the coalition agreement to help a few hundred thousands households receiving housing benefit.

Half of German households heat with gas and a quarter with heating oil.

As for electricity and gas, the minister for environment and consumer protection, Steffi Lemke, told Reuters she would clamp down on suppliers who tried to profiteer from contract expiries, competitor insolvencies and people moving house.

New contracts for the latter group have doubled in price.

"Even if procurement costs rise, such horrific price increases are not justified," said Lemke.