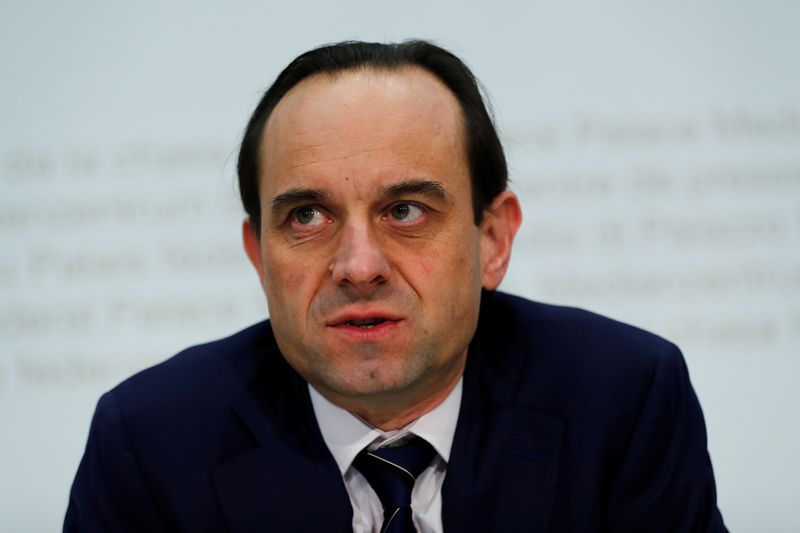 FRANKFURT (Reuters) -The president of Germany's financial regulator, Mark Branson, on Monday called on banks to increase their risk provisions while earnings are strong.

Branson, speaking at a conference in Frankfurt, praised U.S. banks for setting aside "as much as they could".

"Now is the time" for banks to set aside funds for a rainy day, while they are earning well, he said.

Germany's top banks during past weeks reported better-than-expected profit. Some did increase their risk provisions somewhat.

Separately, Branson said that he doesn't see contagion to financial stability in Germany as a result of recent problems in the crytocurrency market.