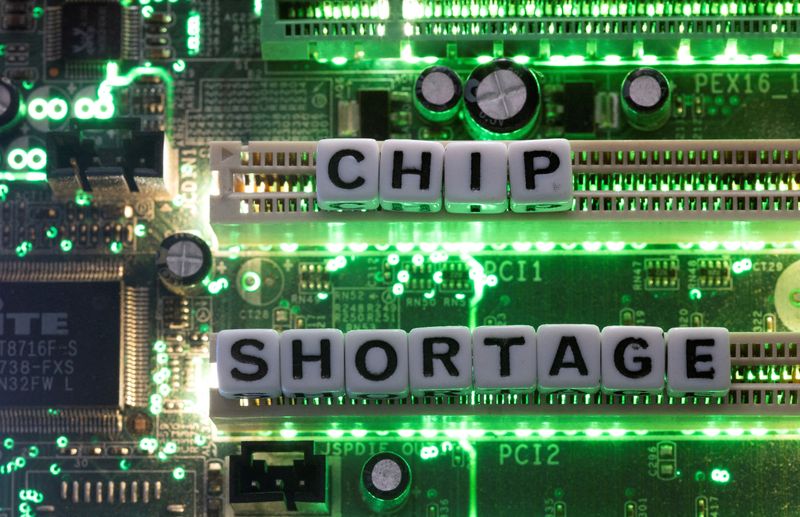 By John Revill and Supantha Mukherjee

An increased supply of chips will reduce one burden facing an industry that is also battling raw material price inflation, a tight energy market and rising interest rates that are throwing a dampener on consumer demand.

Hyundai turned in its best quarterly profit in eight years on Thursday as a weak won currency lifted the value of its earnings abroad and demand stayed strong for the South Korean automaker's high-margin sport utility vehicles (SUVs).

The carmaker was also boosted by the easing of a global chip shortage, which helped it resume overtime and weekend shifts at domestic plants. It now plans to step up vehicle production in the second half to meet consumer demand.

ABB, a big supplier to the automotive industry, said semiconductor chip bottlenecks were now easing as it reported its second quarter earnings.

The Switzerland-based company, which competes with Germany's Siemens and France's Schneider Electric (EPA:SCHN), is seen as a barometer of the global economy with its control systems and motors used in the transport industry and factories.

It anticipates double digit-comparable revenue growth in the next three months as the increased supply of chips means it can deliver factory robots, motors and drives ordered by customers.

"The good thing to know, it is easing up," Chief Executive Bjorn Rosengren said about the semiconductor shortages which he said were "severe" at the start of the year.

"Commitments from our suppliers are significantly better," he told reporters.

Production capacity at chip manufacturers was increasing, Rosengren said, while demand from other sectors, such as consumer electronics, seemed to be lower, allowing more chips to be allocated to industrial customers like ABB.

"I would not say the problems are over yet, but we have commitments for the second half which look quite good," he said.

"The overall direction in the semiconductor industry is positive at the moment, but we did continue to have constraints in the second quarter," Chief Executive Pekka Lundmark said.

Volkswagen (ETR:VOWG_p) last month forecast a strong second half of 2022 and progress in catching up with rival Tesla (NASDAQ:TSLA) as easing chip shortages start to offset supply chain bottlenecks and rising costs.

ABB's Rosengren said he expected a slowdown in inflation, with commodities prices going down and interest rate hikes by central banks taking effect.

A resumption of gas supplies from Russia to Europe via the Nord Stream 1 pipeline after a maintenance outage also sent "good signals into the market," he said - although gas flows remain at levels below the pipeline's capacity.

But it was not all good news for companies who have already faced disruptions caused by the war in Ukraine and pandemic-related shutdowns in parts of China earlier this year.

Europe's biggest home appliances maker said it expected those supply chain constraints to ease in the second half but warned of continued disruption risks ahead related to COVID-19 and the Ukraine crisis.

Still, Chief Executive Jonas Samuelson said the supply situation, including for semiconductors, looked better for the third and fourth quarters versus the preceding quarters.

"Step by step we are coming back to a more normalized supply environment," he told analysts and journalists during a webcast.