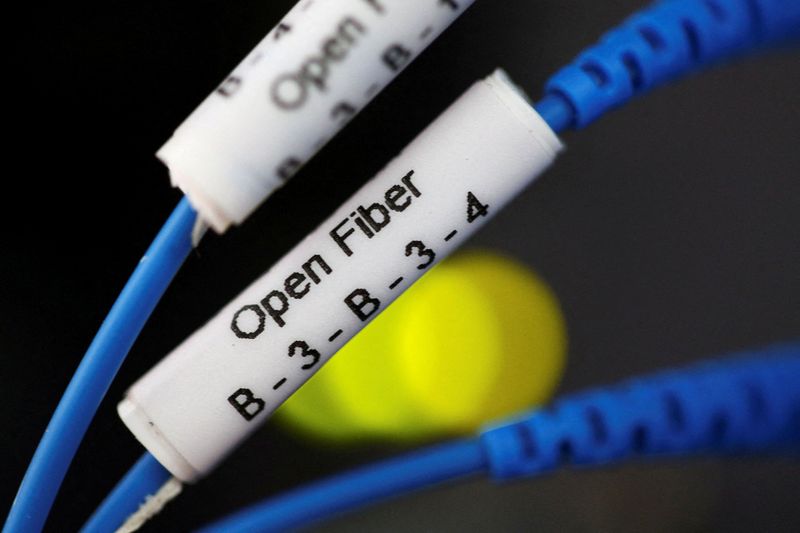 GENEVA (Reuters) - The global technology industry is pressing the World Trade Organization to exempt data flows from cross-border tariffs, saying a failure to do so would undermine a global recovery already threatened by spiralling prices.

The WTO's 164 members will present their views on the topic on Wednesday, the final scheduled day of a four-day ministerial conference.

Keisal Peters, trade minister of St Vincent and the Grenadines, who is leading discussions, said at the conference that divergences remained. As time ran out, WTO members should consider meeting halfway, he added.

The WTO agreed in 1998 to a moratorium on e-commerce tariffs and repeatedly extended it at ministerial conferences, which the Geneva-based trade body normally holds every two years.

Now India, Indonesia and South Africa were threatening to block an extension, trade sources close to talks at the WTO said. This raises the prospect that tariffs could be imposed on such data flows as music streaming and financial transactions.

That possibility has prompted 108 tech company associations, including groups from India and Indonesia, to write to the WTO urging members to renew the moratorium, saying failure to do so would be a historic setback for the WTO and would undermine the global recovery.

Small developing countries, they say, would lose the chance to increase their digital competitiveness without a moratorium.

"We heard alarm bells that things were in trouble, with much more risk of the moratorium not being extended," Neuffer told Reuters. "The risk is that if one or two go, it sets off a torrent of efforts by other countries to do the same thing" - impose tariffs.

Studies demonstrated that tariff revenue benefits would be outweighed by economic losses, he said.

An EU official said countries favouring a moratorium extension were still hoping for a multilateral deal. They were not yet at the point of seeking a plan B - forming a smaller alliance in which they would not impose tariffs on data flows between them.