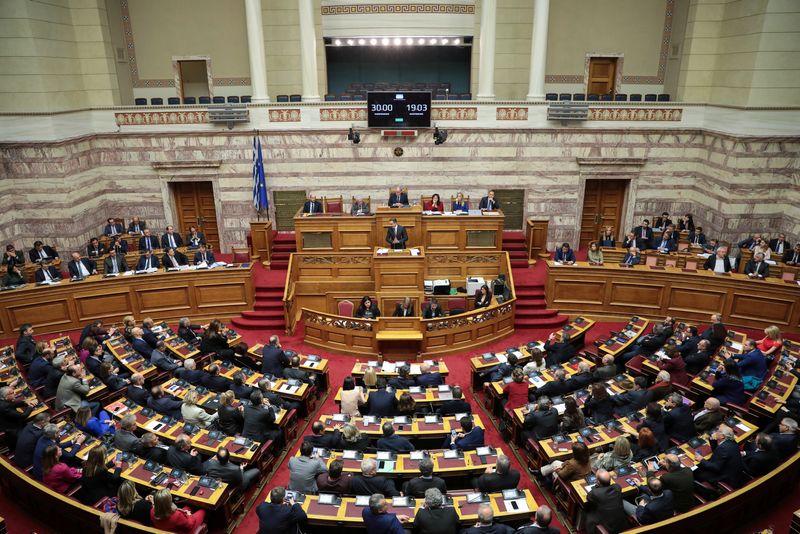 ATHENS (Reuters) -Greece's economy should grow by 1.8% next year, at a slower pace than initially expected, as soaring energy costs and higher inflation are seen hurting tourism and curbing domestic demand, the government's 2023 final budget projected on Monday.

Next year's growth estimate was downwardly revised from the draft budget submitted to parliament in October. Authorities expect economic output to increase by 5.6% in 2022, better than forecast in the draft budget due to stronger tourism revenues.

Greece next year will achieve a 0.7% of gross domestic product primary budget surplus - which excludes debt servicing outlay - from a 1.6 budget deficit this year, the final budget forecast.

Greece emerged in 2018 from a decade-long debt crisis that had forced it to sign up to three international bailouts. Its economic performance is pivotal as it aims to return to investment grade next year.

The budget "targets are challenging but feasible," Eurobank's Chief Economist Tassos Anastasatos told Reuters, adding that despite considerable uncertainty over the likely depth of recession in Greece's trading partners, the country is still bound to outperform the euro zone average.

"The length of the energy crisis and need for associated support measures also adds risks to the budget, yet it is important - and feasible - that the 0.7% primary surplus target is respected in order to support the country's effort to reclaim investment grade rapidly," he said.

The 2023 budget was drafted in conditions of high uncertainty due to global geopolitical developments, the government said, citing risks related to the energy crisis and pressure due to inflation on households and businesses.