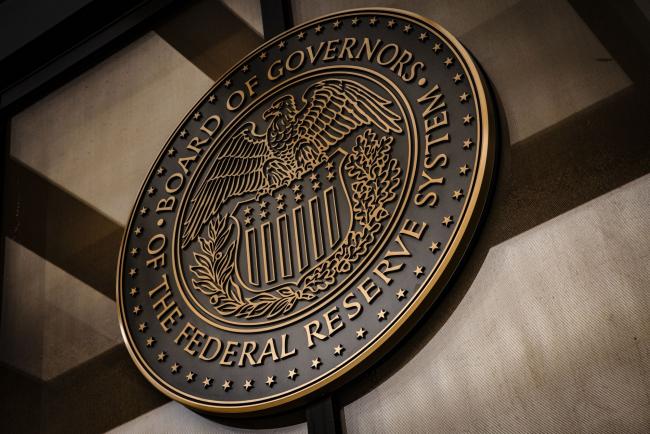 © Bloomberg. The seal of the U.S. Federal Reserve Board of Governors across the street from the Marriner S. Eccles Federal Reserve building in Washington, D.C., U.S., on Sunday, Dec. 19, 2021. The Federal Reserve chair has tempered his ambition to restore the labor market to its pre-pandemic strength, as the central bank confronts surging inflation and a workforce still constrained by Covid-19. Photographer: Samuel Corum/Bloomberg

(Bloomberg) -- Ten-year Treasury yields have slumped almost 75 basis points in just a matter of weeks as investors fret about the prospect of a recession, providing a glum backdrop to the two-day Federal Reserve meeting that concludes today.

Here’s what traders are watching for: