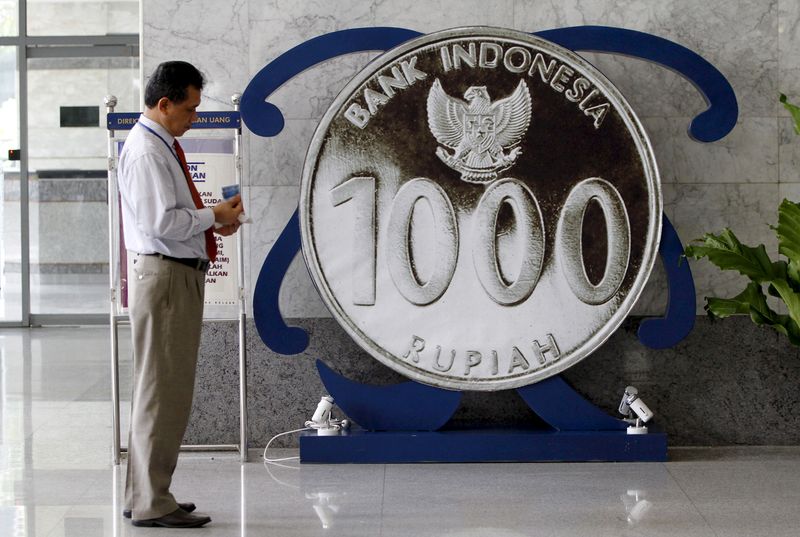 © Reuters. FILE PHOTO: An employee of Bank Indonesia stands next to a giant one thousand rupiah coin on display inside the bank's headquarters in Jakarta, Indonesia in this March 16, 2016 file photo. REUTERS/Garry Lotulung

"(5.5%) is still high and still needs policies to manage that, but actually we are in a relatively better position than other countries," Deputy Governor Dody Budi Waluyo said at a book launch event.

BI's inflation target is a range of 2-4%. In September, inflation reached nearly 6% or the highest in seven years.

Referring to BI's key interest rate, Dody said while the current rate of 5.25% was "quite high", BI was taking into account the effect of tightening monetary policy on economic recovery.

At BI's policy meeting on Thursday, BI raised its key interest rate by 50 basis points for a third consecutive month and pledged to strengthen its response to "high" inflation expectations.