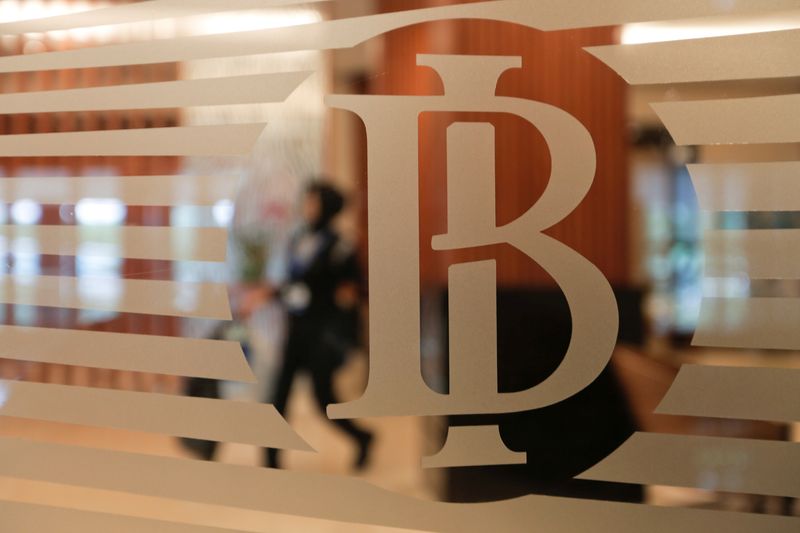 JAKARTA (Reuters) - Indonesia's central bank increased interest rates by more than expected on Thursday as it sought to rein in inflation after the government raised subsidised fuel prices earlier this month, while also supporting the rupiah currency.

Bank Indonesia (BI) raised the 7-day reverse repurchase rate by 50 basis points to 4.25%. Out of 30 economists polled by Reuters, 27 had expected a 25 basis point move, while the remaining three had bet on the larger 50 basis point rate hike.

The rate decision comes after the government raised fuel prices by about 30% earlier this month, a move that BI Governor Perry Warjiyo said would push headline inflation to peak at slightly above 6% and core inflation at 4.6% by year-end, before easing.

"The decision to raise interest rates was a front loaded, pre-emptive and forward looking measure to lower inflation expectations and ensure core inflation returns back to within its target range ... by the second half of 2023," Warjiyo told a virtual news conference.

The rate hike should also guide the rupiah exchange rate back to reflect its fundamental value, he said, adding that the currency should be strengthening due to Indonesia's strong exports.

The rupiah, along with other Asian currencies, was under pressure on Thursday after the Federal Reserve raised U.S. rates by 75 basis points.

To help anchor the rupiah, BI has also reinstated penalties for natural resources exporters who do not receive their earnings through domestic banks, deputy governor Juda Agung said.

The Indonesian central bank hiked rates last month for the first time since 2018 amid rising price pressures. The annual inflation rate was 4.69% in August and Warjiyo said it would accelerate to 5.89% this month due to the immediate impact from the fuel price hike.

"Our inflation is relatively under control compared with other countries and of course the need to increase interest rates aggressively is unnecessary in Indonesia," Warjiyo said.

"Bank Indonesia dialled up the scale of rate hikes to anchor inflationary expectations after the fuel subsidy hike as well as to support financial markets as a hawkish Fed weighs on the regional currency pack, including the rupiah," said Radhika Rao, a senior economist at DBS Bank in Singapore.

Elsewhere in the region, central banks in Taiwan and the Philippines also raised policy rates on Thursday.

Wellian Wiranto, OCBC economist said: "Today's bigger-than-usual move heralds further rate hikes in the coming months and we might not see BI resting easy until rates hit 5%, to give it the necessary buffer by the end of this year."

BI maintained its view that Southeast Asia's largest economy is continuing to recover from the impact of the COVID-19 pandemic and that 2022 gross domestic product growth will be biased towards the upper end of its 4.5%-5.3% forecast range.

Indonesia's economy grew 5.44% year-on-year in the second quarter, more than expected, boosted by exports and private consumption after the easing of COVID-19 curbs.