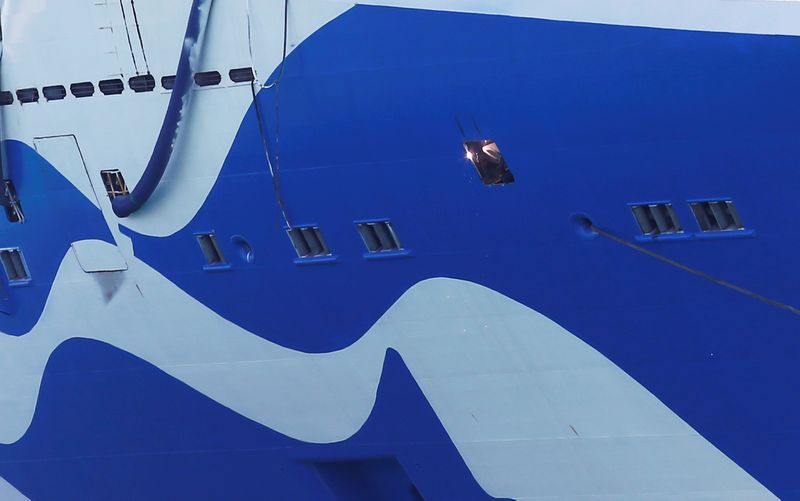 MILAN (Reuters) -Italy's Fincantieri said sales rose 18% from a year earlier in the first quarter to 1.7 billion euros ($1.8 billion) driven by a strong performance of its core shipbuilding business.

The group is gearing up for the exit of chief executive Giuseppe Bono, who is set to retire after 20 years at the helm to be replaced by former Maire Tecnimont CEO Pierroberto Folgiero.

Earnings before interest, taxes, depreciation and amortization (EBITDA) were up 17.2% at 118 million euros.

The EBITDA margin was flat at 7.0% and the company expects it to remain "solid" despite recent rises in commodity prices, General Manager Fabio Gallia told an analyst call.

Fincantieri said it had put in place measures to secure materials most critical to its production despite the disruptions caused by the Ukraine war.

It expects to maintain output at full capacity over the year as a whole, with revenues growing faster than anticipated before the global pandemic.

The company is in talks with Norwegian Cruise Line (NYSE:NCLH) over an order worth around $4 billion to build new cruise ships, a source told Reuters on Monday.

Gallia declined to comment on the matter during the analyst call but said that the company expected ship orders in the cruise sector to resume "in 2023, if not in 2022" after the voyages business was harshly hit by the pandemic. The cruise sector accounted for half of Fincantieri's first-quarter revenues.

The management change is expected to be approved at a shareholder meeting later this month.

"To my successors I wish the best of luck, as I fully understand the responsibilities they are about to embrace", Bono said in a statement.

Shares in Fincantieri were flat at 1030, in line with Italy's all-share index.