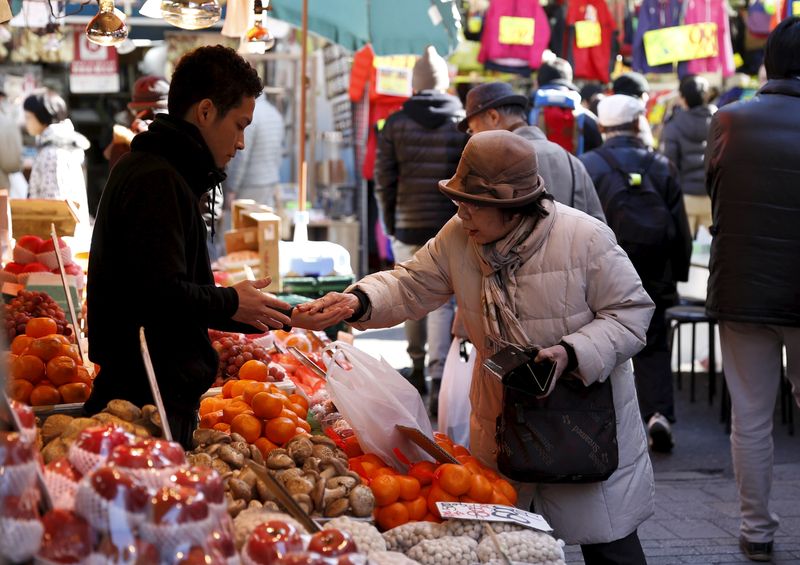 © Reuters. A woman pays money as she buys fruits outside a vegetable store at Ameyoko shopping district in Tokyo, Japan, January 27, 2016. JREUTERS/Yuya Shino/Files

TOKYO (Reuters) - Japan's consumer confidence index rose for the first time in six months in April, the government said on Monday, thanks to the end of COVID-19 curbs in late March.

A Cabinet Office survey showed the sentiment index for general households, which includes views on incomes and jobs, was at 33.0 in April, up slightly from 32.8 in March.

The government maintained its assessment of the sentiment index, saying weak movements were observed.