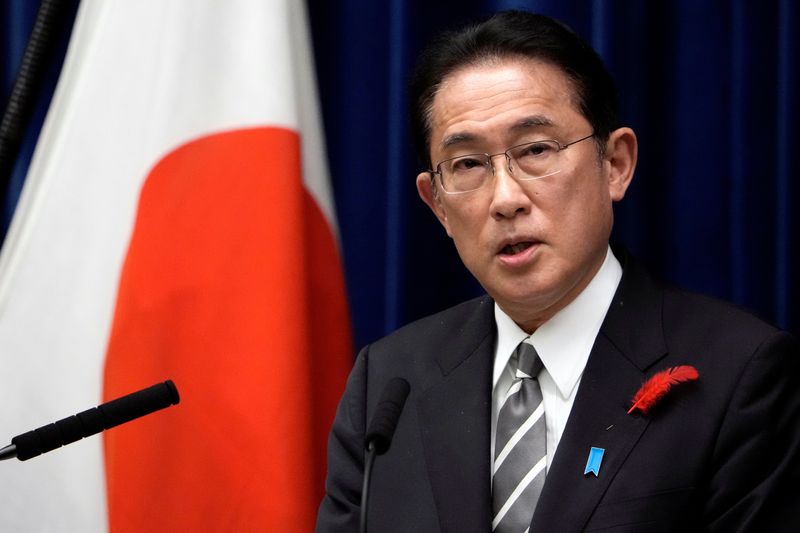 TOKYO (Reuters) -Japanese Prime Minister Fumio Kishida said on Sunday the government and the central bank must discuss their relationship with each other in guiding economic policy, when a new Bank of Japan (BOJ) governor is chosen in April.

Asked what kind of person he would choose as next BOJ governor, Kishida said it will be someone "best suited for the job" when incumbent Haruhiko Kuroda's term ends in April.

"The government and the BOJ must work closely together, but also each play its own role" in achieving price stability and higher wage growth, Kishida told a television programme.

"Under the new BOJ governor, we must discuss the relationship between the government and the BOJ," said Kishida, who has authority to choose the next central bank head.

Markets are rife with speculation the BOJ could move further to phase out Kuroda's massive stimulus by tweaking its yield control policy under a new central bank governor.

"In guiding monetary policy, policymakers must have a view on the outlook for the economy. There needs to be careful communication and dialogue with markets," Kishida said, when asked whether the BOJ needs to tweak it ultra-loose policy.