Japan sticks to projection of balancing budget by FY2026 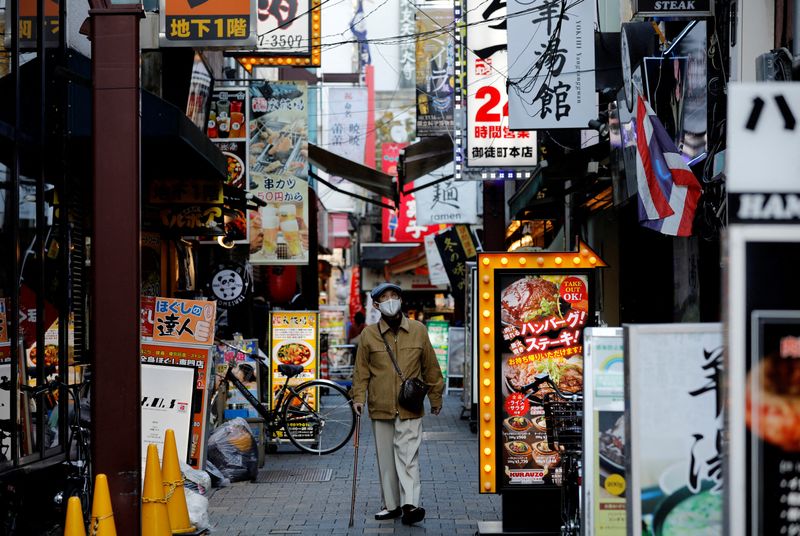 TOKYO (Reuters) - Japan kept the expected timing for achieving a primary balance surplus unchanged at fiscal 2026, suggesting that the government will not meet its goal of realising a surplus by fiscal 2025 despite rising tax revenues.

The government is faced with the daunting task of sustaining growth while reining in a huge public debt that has swelled to over twice the size of the economy even before it sought to ramp up spending on items such as defence and investment.

In a new long-term fiscal projection presented at its top economic council, the government expects the primary budget, excluding new bond sales and debt servicing costs, to swing back to a surplus in fiscal 2026, which ends in March 2027.

It foresees a deficit of 0.1% of gross domestic product in fiscal 2025, which was smaller than a 0.3% shortfall estimated in January largely due to higher projected tax revenues.

The projections, discussed at the Council for Economic and Fiscal Policy, are based on a rosy scenario that sees the potential growth rate gradually rise to 1.9% in fiscal 2027.

Under that scenario, the deficit would shrink to just 1.9% in the fiscal year starting next April, down sharply from a 7.3% projected shortfall this fiscal year.

Under a more realistic "baseline" scenario under which the government assumes growth to slow to 0.4% over the next decade, Japan will still be saddled with a budget deficit of 4.2 trillion yen ($31.20 billion) in fiscal 2026, the projections showed.

The government will implement "effective" spending while strengthening economic and fiscal reforms, Prime Minister Fumio Kishida said at the end of the council meeting.

The government last month dropped the target year for balancing the primary budget from its mid-year economic policy roadmap, in an apparent move to meet growing calls for stimulus spending to support the economy.

Instead, it urged a review of the fiscal target.

Calls to delay or scrap the 2025 target from ruling party lawmakers looking to prop up growth through big government spending may increase in coming months.

Some of them have already pushed for a fresh economic package to provide groups such as households, farmers and businesses relief from rising prices and ease them through the remaining pandemic drag.

Some analysts expect Kishida's government will have no choice but to boost spending after it said it wants to drastically increase defence spending "within the next five years" in its policy roadmap last month.

It will not set a ceiling for next fiscal year's defence spending and will set aside some 4.4 trillion yen for policies aimed at spurring investment in areas like green innovation and digitalisation, a budget outline approved by the cabinet on Friday showed.