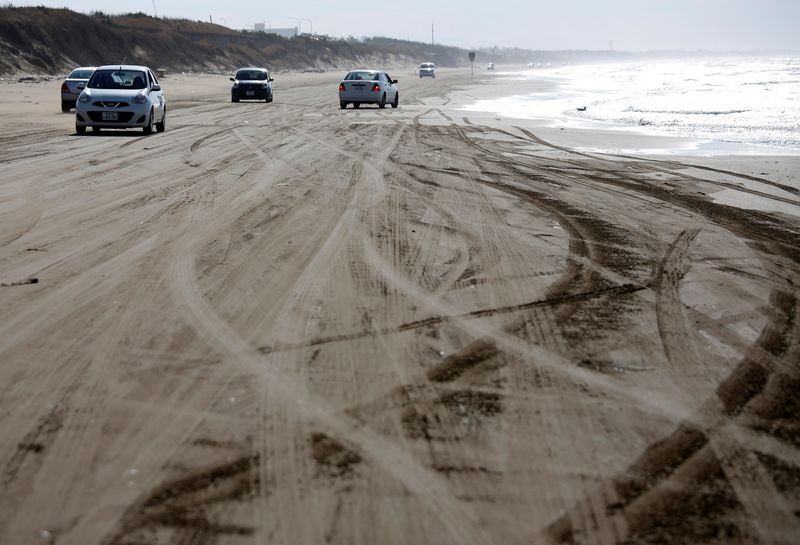 © Reuters. FILE PHOTO: Cars drive along Chirihama Nagisa Driveway, the only place in Japan where cars can be driven by the edge of the surf, in Hakui, Ishikawa Prefecture, Japan December 3, 2017. REUTERS/Issei Kato

But the pace of decline slowed from 31.3% in October and 14.3% in November, as automakers gradually emerged from parts shortages and Southeast Asian factory shutdowns that hammered production last year.

Auto sales are among data closely watched by analysts for clues on how quickly Japan's output and consumption can recover from last year's pandemic-induced slump.

The recent rise in Omicron coronavirus variant cases adds to uncertainty over the economic outlook, as the Bank of Japan meets for a policy review on Jan. 17-18 and produces fresh quarterly growth projections.

But automakers are still unable to completely shake off the drag from persistent parts and chip shortages including Toyota Motor (NYSE:TM) Corp, which said it would suspend production at five domestic factories in January.