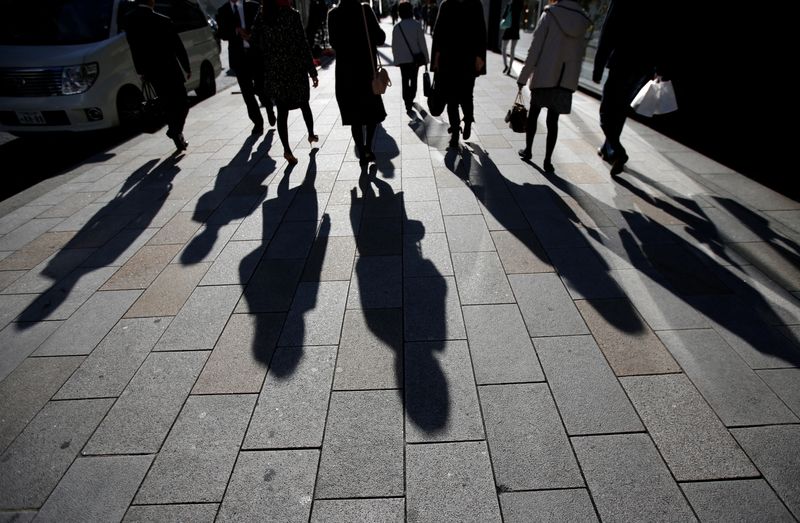 © Reuters. FILE PHOTO: The shadows of pedestrians are pictured cast on a street in Tokyo, Japan, November 27, 2014. REUTERS/Issei Kato

TOKYO (Reuters) - Japan's jobless rate rose to 2.8% in November, while the availability of jobs matched that of the previous month, government data showed on Tuesday.

The seasonally adjusted unemployment rate compared with 2.7% in October and a median forecast of 2.7% in a Reuters poll of economists.

The jobs-to-applicants ratio was 1.15 in November, labour ministry data showed, unchanged from the previous month and lower than a Reuters poll forecast of 1.16.

(Note: The jobs-to-applicants ratio and new job offers can be seen in Japanese on the labour ministry's website)