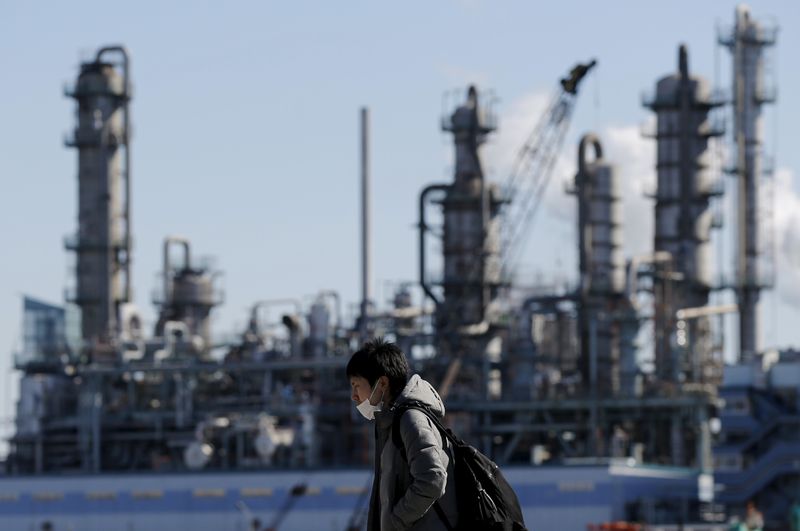 By Kaori Kaneko and Tetsushi Kajimoto

TOKYO (Reuters) - Japan reported on Friday its worst real-wage decline in more than eight years, with November data highlighting the elusiveness of the central bank's objective of reinforcing inflation and the economy with sustained rises in workers' pay.

The 3.8% annual fall in inflation-adjusted wages heightens the urgency of Prime Minister Fumio Kishida's push for upcoming talks between labour and management to deliver wage hikes that outpace rises in living costs.

Japan wants inflation that is led by demand and higher pay, rather than the current cost-push inflation driven by high commodity prices and a weak yen.

Bank of Japan Governor Haruhiko Kuroda has also repeatedly stressed the need for price rises to be accompanied by wage growth.

While looking for that, the central bank is keeping its policy ultra-loose.

"Regardless of who replaces Kuroda when his term ends in April, wage growth will hold the key to the outlook for monetary policy," said Takeshi Minami, chief economist at Norinchukin Research Institute.

Adding to the challenge, Friday's data showed that annual growth in wages before adjusting for inflation had slowed markedly in November, reflecting slow recovery from COVID-induced doldrums.

Kishida this week urged firms to implement wage hikes that exceed the rate of inflation to prevent stagflation.

With record profits, Japanese firms have piled up internal cash and other reserves that by September were worth 500 trillion yen ($3.7 trillion). In the wage talks, due to end in March, the companies are expected to offer pay rises of around 2.7%, versus the previous year's 2.07%.

Still, that would fall far short of the 5% demanded by the Japanese Trade Union Confederation, known as Rengo, and would not match core consumer inflation, which is at a more than four-decade high.

November was the eighth straight month to show an annual fall in real wages, which were undercut by inflation. The month's 3.8% fall was the greatest since a 4.1% drop seen in May 2014, when real wages had been affected by rises in sales tax, the labour ministry said.

The consumer price index that the ministry uses to calculate real wages, one that includes fresh food but not the rent value of owner-occupied homes, was 4.5% higher in November than a year earlier, the quickest pace of increase since June 1981.

Nominal total cash earnings were up an annual 0.5% in November, but the pace of growth slowed from a revised 1.4% gain seen in October, led by falls in special payments such as bonuses.