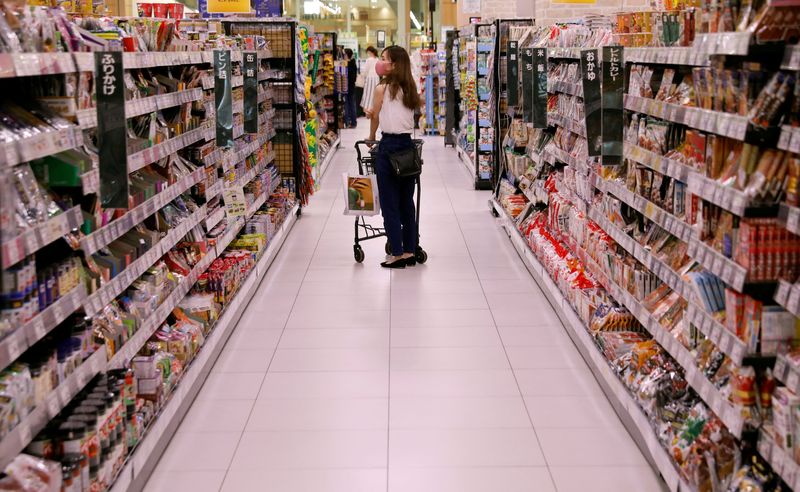 By Kantaro Komiya and Yoshifumi Takemoto

TOKYO (Reuters) - Japan's retail sales rose faster than expected in November, thanks to decreasing COVID-19 cases, which have encouraged shoppers to ramp up spending on goods and services.

To boost support the economy, the government on Friday approved a record $940 billion budget for fiscal 2022, a week after the Bank of Japan's decision to keep the ultra-loose monetary policy.

Retail sales gained 1.9% in November from a year earlier, government data showed on Monday, versus economists' median forecast for a 1.7% gain.

It followed a 0.9% advance in October, which had marked the first rise in three months.

Compared with the previous month, retail sales increased 1.2% in November on a seasonally adjusted basis, after a downwardly revised 1.0% rise in October.

Nationwide daily COVID-19 cases in Japan continued falling through November to fewer than one per million people earlier this month.

The government lifted curbs in September and has not reinstated them, except for strict border controls to stop the spread of the new Omicron variant.

The world's third-largest economy is set to rebound by an annualised 6.1% in the current quarter from a 3.6% slump in July-September, according to the latest Reuters poll of economists.