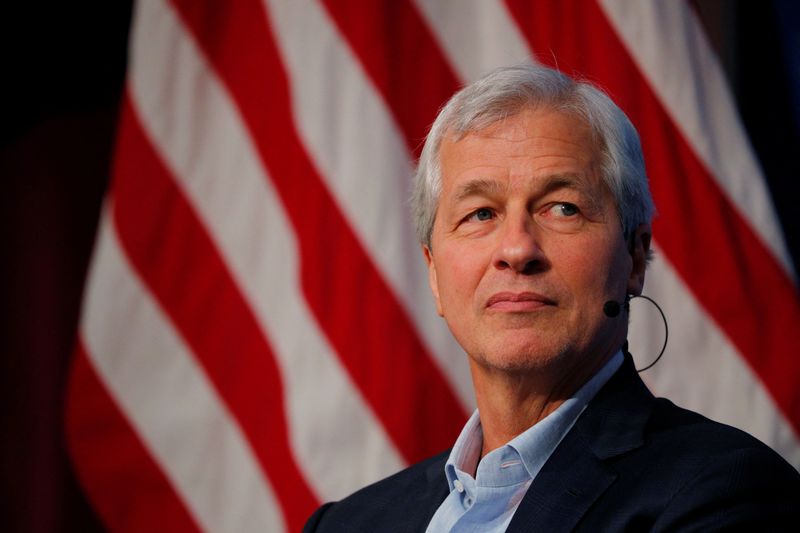 © Reuters. FILE PHOTO: Jamie Dimon, CEO of JPMorgan Chase, takes part in a panel discussion about investing in Detroit during a panel discussion at the Kennedy School of Government at Harvard University in Cambridge, Massachusetts, U.S., April 11, 2018. REUTERS/Br

Dimon, speaking an interview with Fox Business, said the economy is strong and can cope with interest rates rising 1%.

"Loan growth on the business side will probably return to normal," Dimon said. "On the consumer side, it will return to normal it just may take another six to nine months."