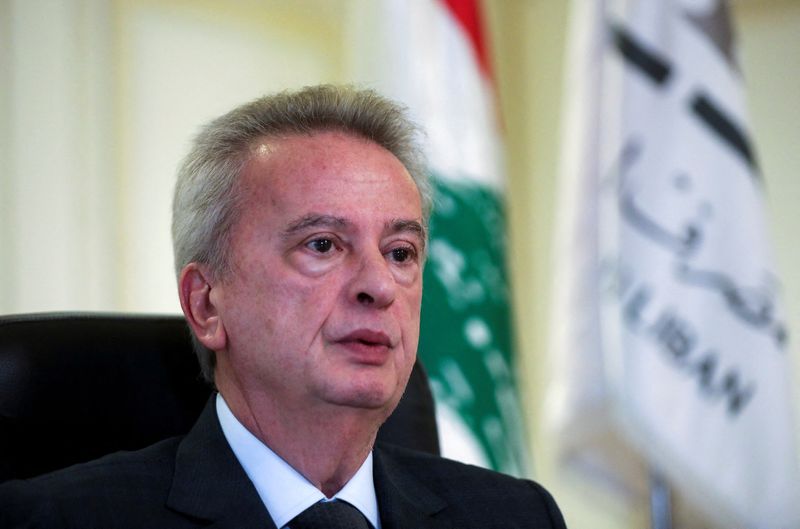 BEIRUT (Reuters) - Lebanon's central bank governor said on Thursday a judge leading one of several investigations against him was biased and should be removed from the case, after she imposed a travel ban on him this week.

Riad Salameh, who denies any wrongdoing during almost three decades leading the central bank, is being probed in Lebanon and at least four European countries, with his role under close scrutiny since Lebanon's economic collapse in 2019.

Judge Ghada Aoun, who is heading one of the Lebanese probes, imposed a travel ban on Salameh on Thursday. A judicial source said her investigation covered allegations ranging from fraud to abuse of public funds.

In a statement, Salameh said he had showed respect for the judiciary by previously appearing before judges and said the aim of the lawsuits against him was to "distort my image before public opinion in Lebanon and abroad."

Salameh, who has support from several top politicians, said Aoun had used her personal Twitter (NYSE:TWTR) account in a "hostile way" against him. He also criticised other aspects of her handling of the case.

"According to the simplest legal rules, it is not possible for a judge to be adversary and arbiter at the same time," he said in the statement in which he said he had submitted a request to have Aoun removed from the case.

Aoun did not immediately respond to a request for comment.

The governor has stayed in his post even as the economy has been crushed by huge debts, the currency has collapsed and many Lebanese have been driven into poverty.