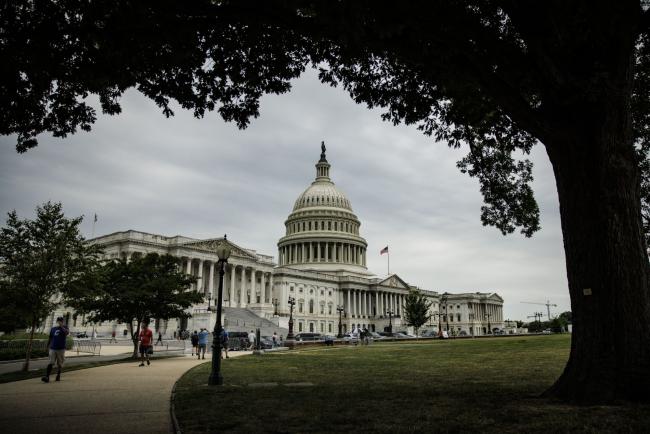 © Bloomberg. The US Capitol building in Washington, D.C., US, on Tuesday, June 21, 2022. The White House and congressional Democrats are in advanced talks on legislation that aims to fight inflation, rein in the deficit and revive parts of President Joe Biden's stalled economic agenda.

In addition, the CBO calculated that increasing the Internal Revenue Service budget would generate $204 billion in new revenue from cracking down on tax avoidance, something that wasn’t included in the official deficit score. When that is factored in, the CBO analysis is in line with the $300 billion in deficit reduction claim initially made for the bill by Senate Majority Leader Chuck Schumer and West Virginia Senator Joe Manchin.

The CBO estimate will be used both to sell the bill to the public and by the top Senate rules official to determine whether provisions comply with the chamber’s budget rules. Elements that don’t affect the budget could be stricken from the bill.

The deficit decrease is driven in part by a repeal of a Trump administration restriction on prescription drug rebates, generating $122 billion and by allowing Medicare to negotiate the cost of high-priced drugs, which generates $102 billion.

A 15% corporate minimum tax on large corporations generates $313 billion, as expected, while a narrowing of the carried interest loophole nets $13 billion in the score, slightly less than Democrats forecast.

The bill’s spending includes $31 billion to provide Obamacare premium subsidies for three years along with a slew of tax breaks for clean energy.

“The Inflation Reduction Act is the largest deficit-reduction bill in over a decade. But it’s only a first step toward fighting surging inflation and tackling our $24 trillion national debt. We can’t let special interests water it down,” said Maya MacGuineas of the Committee for a Responsible Federal Budget.