Marketmind: A missile and a manifesto 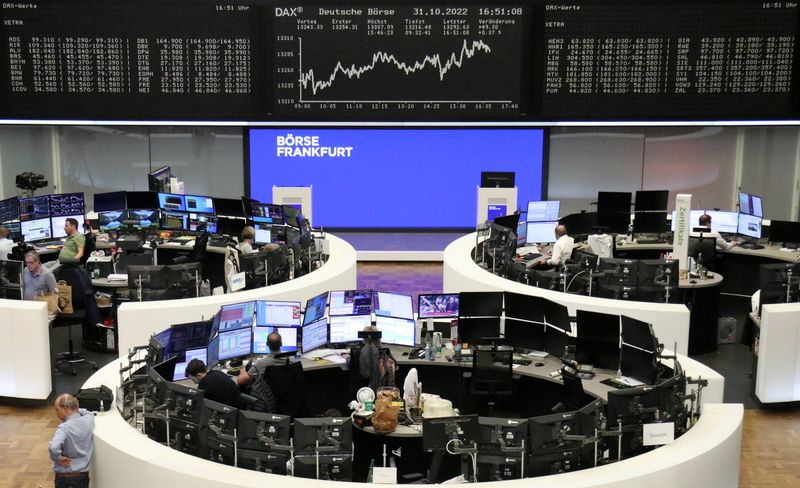 U.S President Joe Biden said a missile that killed two people in Poland may not have been fired from Russia. That comment will be relief to a market rattled at the prospect of the war in Ukraine spilling over to neighbouring countries, but investor's nerves are frayed and they remain on guard.

A volatile round of trading overnight due to the explosion on Tuesday at a grain facility near the Ukrainian border has continued into Asian hours, with equities lower, the dollar on the front foot and gold prices hovering around a three-month peak.

Meanwhile, Donald Trump launched a bid to regain the presidency in 2024, a move that was widely expected and telegraphed. "Two years ago, we were a great nation and soon we will be a great nation again," he said in a speech that lasted little more than an hour. With the elections a couple of years away, markets didn't seem to care.

Britain is due on Wednesday to release inflation data for October that is expected to show consumer prices up 10.7% on a year earlier. The data will come just a day ahead of Finance minister Jeremy Hunt's autumn budget, which is expected to contain a raft of measures, including tax rises and spending cuts.

In the crypto world, the FTX saga rumbles on, with bankruptcy filings showing the collapsed exchange may have more than 1 million creditors. Meanwhile, the Wall Street Journal reported that lender BlockFi was planning layoffs and a possible bankruptcy filing.

Key developments that could influence markets on Wednesday: