Marketmind: Earnings to the rescue? 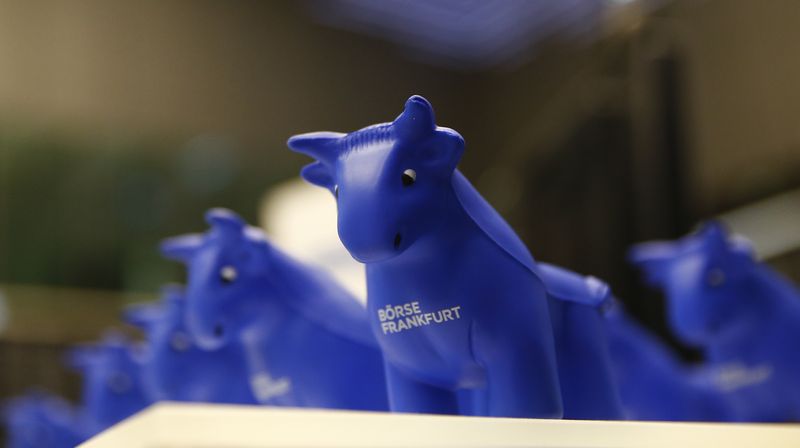 © Reuters. FILE PHOTO: Styrofoam bull figures stand on a counter on the trading floor at the stock exchange in Frankfurt, Germany January 7, 2016. European shares fell sharply on Thursday after China accelerated the depreciation of the yuan, sending currencies acros

A look at the day ahead in markets from Tommy Wilkes.

The European corporate earnings season picks up pace on Tuesday and the evidence so far is that rising costs and slowing demand are beginning to bite.

A few weeks back the big concern for traders was that the next leg lower for stock markets would be triggered by the rewriting of lofty earnings expectations.

While this hasn't come to pass thanks to some businesses doing better than expected, the evidence on Tuesday suggests caution.

According to Goldman Sachs (NYSE:GS), around 34% of the European companies reporting results for the second quarter have missed consensus by at least 5%, the highest fraction of misses since the sovereign debt crisis in 2010.

Trading was quiet across markets as investors brace for a slew of European companies to update this week as well as some of the big tech firms in the United States, including Microsoft (NASDAQ:MSFT) on Tuesday.

Stocks looked set for modest declines in both Europe and the United States, while the dollar steadied not far from two-decade highs.

The start of a two-day Federal Reserve meeting, which concludes Wednesday, is also keeping traders on the sidelines with policymakers expected to raise interest rates by 75 basis points. Market attention will be squarely focused on the future path of interest rates.

Key developments that should provide more direction to markets on Tuesday: