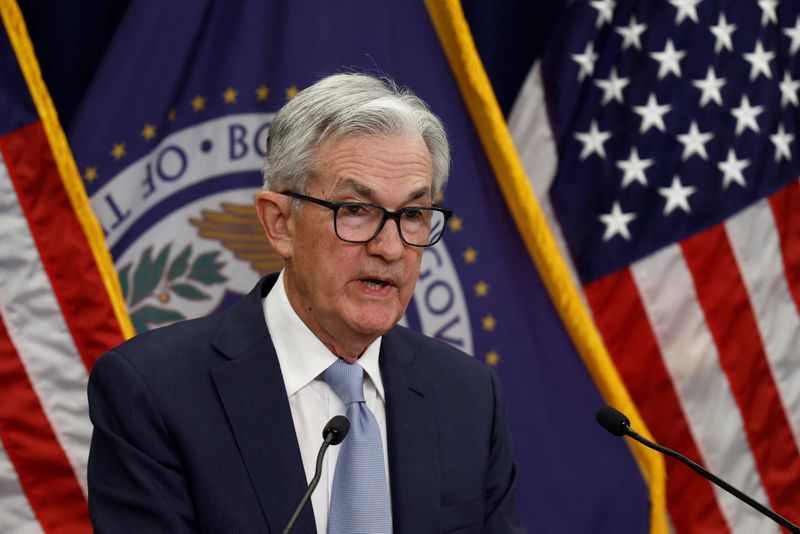 A look at the day ahead in European and global markets from Anshuman Daga:

The strong start to equity markets this year has got bulls excited but markets know it's better to be well behaved before Federal Reserve Chair Jerome Powell speaks.

Asian stocks edged lower on Tuesday after recent gains even as Asian tourism-focused businesses geared up for a return of Chinese tourists after the country's borders reopened on Monday.

European futures indicate a weaker open for stocks, which are basking at eight-month highs on growing hopes that the euro zone will only get a shallow recession, overcoming worries of a sharp slowdown.

Already, a drop in the region's headline inflation points to easing price pressures.

Later on Tuesday, Fed boss Powell is set to make a speech that could give further clarity on the pace of rate hikes while U.S. inflation data out on Thursday will further cement expectations.

While money markets are pricing in a 25% chance of a half-point U.S. rate hike in February, down from around 50% a month ago, inflation data and Fed speakers will dictate market action.

In Japan, consumer inflation exceeded the central bank's 2% target for a seventh straight month in a sign of broadening inflationary pressure.

Meanwhile, the French need to prepare to work longer than they do now.

French Prime Minister Elisabeth Borne is set to unveil a pension reform that is already angering unions and a large majority of voters and will be a key test of President Emmanuel Macron's ability to implement change.

And in news from the sporting world, Bloomberg News reported that English Premier League clubs Manchester United Plc, Tottenham Hotspur, or Liverpool FC are being targeted by Qatar Sports Investments over a potential acquisition.

Key developments that could influence markets on Tuesday: