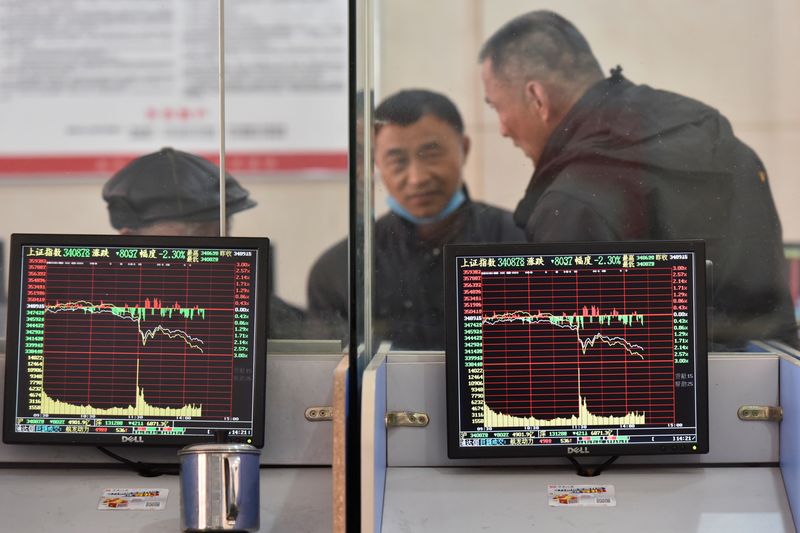 A look at the day ahead from Danilo Masoni.

A sharply lower close on Wall Street on Friday will set the tone across Europe this morning, as a busy week for central banks kicks off the new month following a stormy April dominated by concerns about slowing global growth.

Disappointing numbers from Amazon (NASDAQ:AMZN) sent shares of the e-commerce giant into their worst day since 2006, adding fuel to worries that the world's largest economy is slowing -- just a day after a surprise decline in first quarter U.S. GDP.

Nevertheless, there are no signs that the Federal Reserve will take the edge off its tightening plans. A 50 basis points interest rate hike on Wednesday looks a done deal with the key issue being how hawkish will Powell be in the Q&A session.

That said, it doesn't seem there is much room to surprise on the hawkish side, analysts say, given that a total of 250 basis points is priced in by money markets by late 2023.

Ten-year Treasury yields nudged up first thing on Monday after clocking in April the largest gain since 2009, further extending its lead on S&P 500 dividend yields. The dollar also rose against a basket of currencies after scoring its best month since 2015 in April.

Still in central banking, the BoE will follow on Thursday with a likely 25 basis-point rate hike, its fourth in a row.

Activity on Monday could be thinner as London is shut for holiday along with other markets in Asia. Futures on the European indices fell more than 1%, although U.S. derivatives pointed to bounce back in the Nasdaq from 13-month lows.

Key developments that should provide more direction to markets on Monday:

- HSBC's largest shareholder has called for a break-up of the London-based bank, a source familiar with the matter said on Friday.

- The EU is leaning toward a ban on imports of Russian oil by the end of the year, two EU diplomats said, after talks between the European Commission and EU member states this weekend.