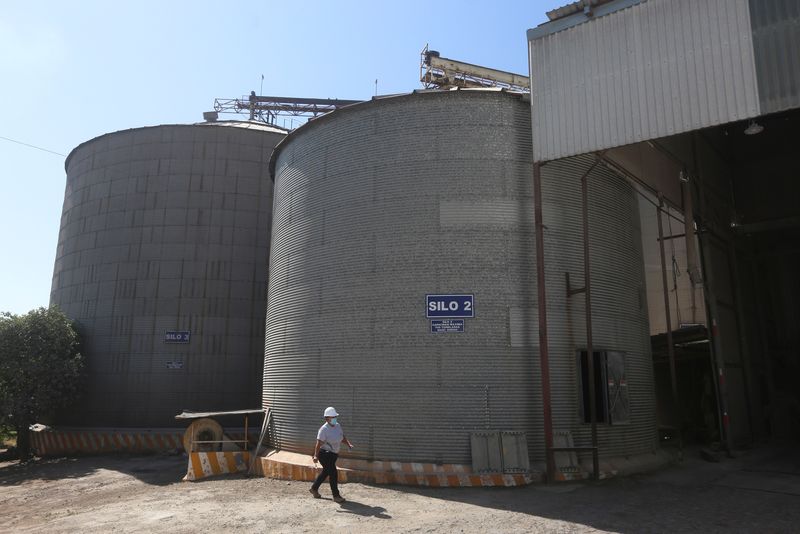 © Reuters. FILE PHOTO: A worker walks past storage silos at the ALIPEC animal feed factory, where a mix of imported and nationally-produced corn is used to make feed for cows, pigs and chickens, on the outskirts of Guadalajara, Mexico March 11, 2021. REUTERS/Fernand

MEXICO CITY (Reuters) - Mexico's manufacturing sector declined in July, with demand for the country's goods hit by inflation after a long pandemic-driven downturn, a survey showed on Friday, despite hopes for a recovery.

Aside from a brief hiatus in May and June, Mexico's PMI has lingered below the 50-point threshold that separates growth from contraction since March 2020. It hit a record low of 35.0 in April 2020 during the initial enactment of the country's COVID-19 containment measures.

The data showed a July drop in factory orders and lower sales, with pressure from drought, input shortages and inflation.

The drop in manufacturing output also prompted a marginal drop in employment for the first time in four months.