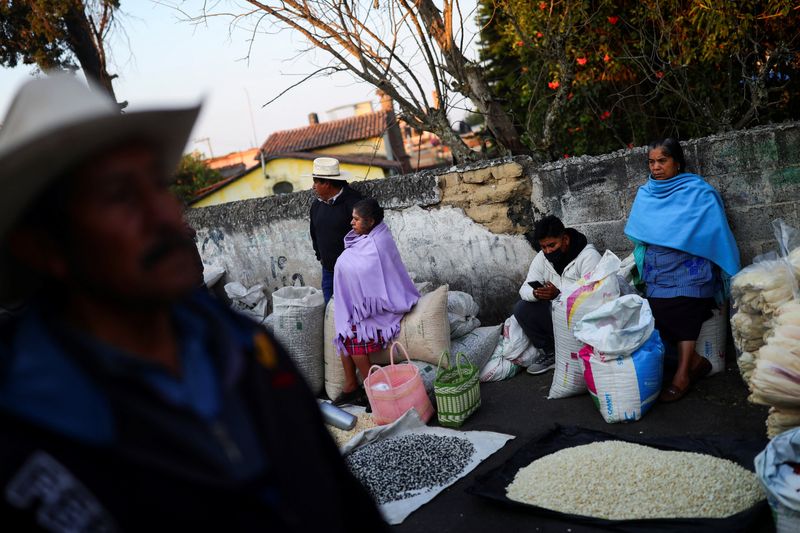 By Gabriel Araujo and Jackie Botts

Consumer prices in May increased 0.18%, from a month earlier. The closely watched core index, which strips out some volatile food and energy prices, rose 0.59% during the month, while annual core inflation hit 7.28%.

Banxico, as the central bank is called, has an inflation target of 3% plus or minus one percentage point and has increased its benchmark interest rate by 300 basis points since mid-2021 to its current level of 7%.

Under the plan, the production of items such as corn, rice and beans will increase, with the aim of ensuring fair prices for a basket of staple foods.

However, Banxico deputy governor Jonathan Heath said on Twitter (NYSE:TWTR) that with the latest data "the most worrying thing is the inflation for food products," which reached its highest level since 1999.

Last week, Banxico said it is willing to act more forcefully on monetary policy if needed in order to bring inflation back down to target, and could implement a rate hike of 75 basis points at its next meeting later this month.

Some analysts, like Nikhil Sanghani of Capital Economics, are of the view that Banxico will deliver another 50 basis point rate hike, to 7.50%, instead.

Mexico's figures came as Brazilian inflation came in below expectations in May, as the central bank in Latin America's largest economy also aggressively hikes rates.

Given that Brazil's annual inflation remains in double digits at 11.73%, analysts predicted monetary policy tightening cycle is not over just yet.

David Beker at Bank of America Merrill Lynch (NYSE:BAC) Brazil forecast "a last hike" of 50 basis points in June, bringing the Selic to 13.25%.