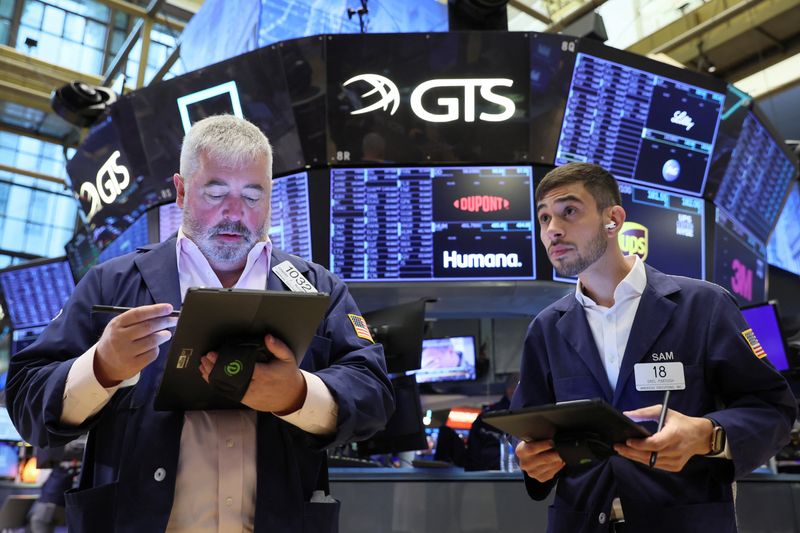 Microsoft Corp (NASDAQ:MSFT) rose 3.8% in premarket trading on Wednesday after it forecast revenue would grow by double digits this fiscal year, driven by demand for cloud computing services.

Shares of other high-growth stocks including Amazon.com Inc (NASDAQ:AMZN), Meta Platforms Inc and Apple Inc (NASDAQ:AAPL) also got a boost ahead of their earnings this week.

Megacap growth stocks have been hammered this year as the Federal Reserve raised interest rates aggressively to tame decades-high inflation. Future cash flows on which valuation of these companies rests are discounted heavily when rates rise.

Investors widely expect the U.S. central bank to increase interest rates by another 75 basis points later on Wednesday, with focus likely to shift to how deeply signs of an economic slowdown have registered with its policymakers.

Money market traders were even placing about a one-in-four chance the Fed would surprise markets with a larger 1-percentage-point increase, as per CME Group's (NASDAQ:CME) Fedwatch tool.

The decision is due at 2:00 pm ET (1800 GMT) and Fed Chair Jerome Powell's news conference half an hour later should elaborate on how the central bank views the recent economic data and at least hint at its next steps.

"Earnings may play second fiddle to the FOMC meeting tonight if the Fed surprises with more hawkishness than the market is pricing," Peter Garnry, head of equity strategy at Saxo Bank said in a note.

PayPal Holdings Inc (NASDAQ:PYPL) jumped 5.7% after a report said activist investor Elliott Investment Management is building a stake in the fintech giant to push it to ramp up its cost-reduction efforts.