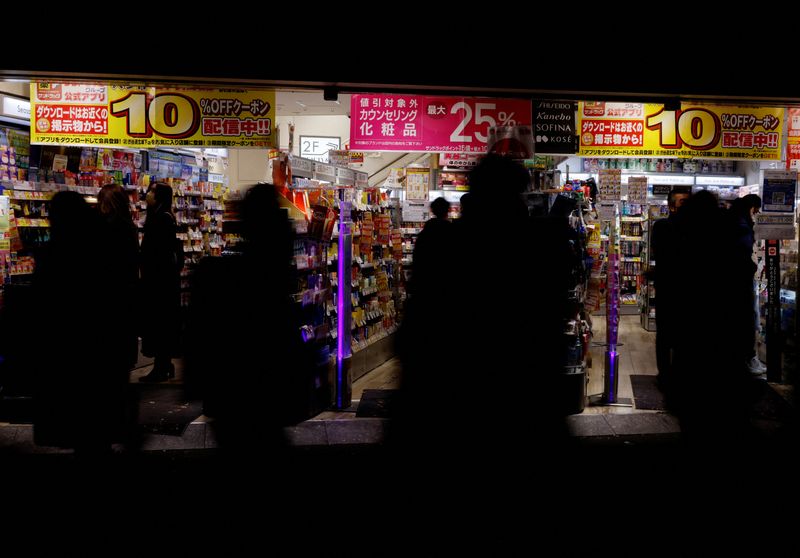 © Reuters. People walk as they make their way at a shopping district in Tokyo, Japan December 23, 2022. REUTERS/Kim Kyung-Hoon/Files

TOKYO (Reuters) - The ratio of Japanese households expecting prices to rise a year from now stood at 85.0% in December, down from 85.7% in September, a quarterly survey by the Bank of Japan (BOJ) showed on Wednesday.

The ratio of households expecting prices to rise five years from now stood at 76.7%, down from 78.3% three months ago, the survey showed.

The quarterly BOJ survey on households is among data closely watched by the central bank to determine the outlook for inflation.