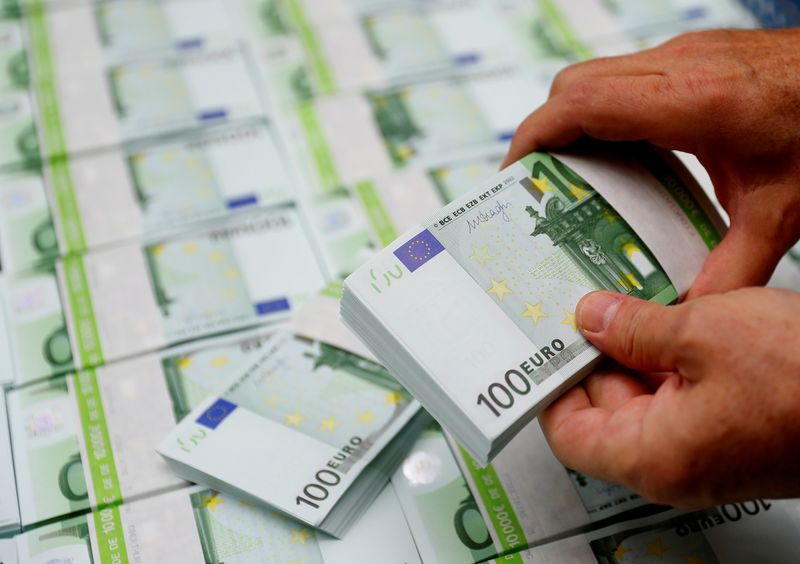 (Reuters) - Yields on euro investment-grade corporate bonds have climbed to their highest in over eight years, a widely-followed index showed on Friday.

Surging bond yields this year also means that there are no more non-financial corporate bonds left trading with negative yields, BofA said on Friday, down from a peak of nearly 900 billion euros last year.

Yields on the widely-followed ICE (NYSE:ICE) BofA euro corporate index rose to 1.992% at Thursday's close, the highest since January 2014, eclipsing a peak at the start of the pandemic in early 2020.

The yield has risen four-fold from around 0.50% at the start of the year as a hawkish pivot from central banks across the world has sent interest rates sharply higher.

Euro corporate debt came under increased pressure as the European Central Bank has opened the door to 2022 rate hikes in February and the invasion of Ukraine, a much bigger risk for the bloc's companies, pushed borrowing costs even higher.

Rising rates and high volatility in markets has all led to a sharp fall in corporate debt issuance this year.

A mere $93 bln equivalent of bonds have been issued in euros and sterling from European non-financial companies, the lowest since 2017, according to Refinitiv data to April 27.

(The story refiles to clarify headline.)