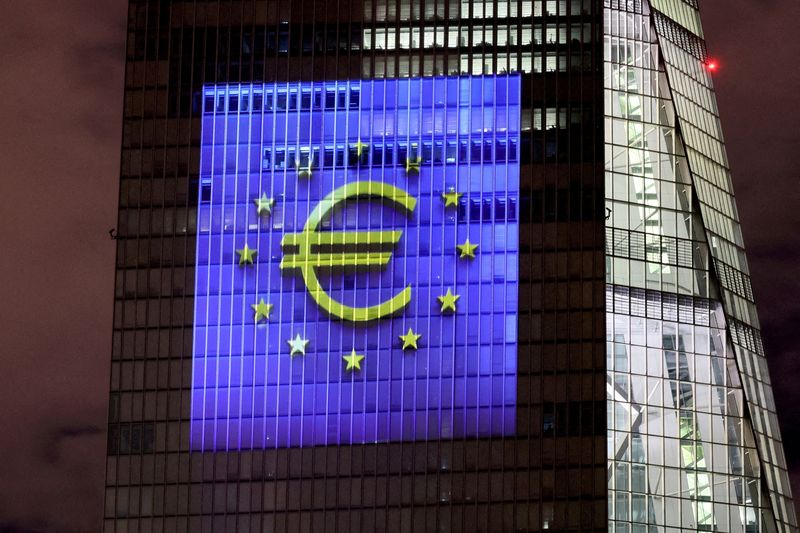 © Reuters. FILE PHOTO: A symphony of light consisting of bars, lines and circles in blue and yellow, the colours of the European Union, illuminates the south facade of the European Central Bank (ECB) headquarters in Frankfurt, Germany, December 30, 2021. REUTERS/W

LONDON (Reuters) - The European Central Bank's decision to create a new tool to contain strain in euro area bond markets paves the way for it to deliver three, 50 basis point interest-rate increases this year, according to Deutsche Bank (ETR:DBKGn).

The ECB on Wednesday promised fresh support and the design of a potential new scheme to temper a market rout that has fanned fears of a new debt crisis on the euro currency area's southern rim.

"This reduces uncertainties for the second half of the year," Deutsche Bank analysts said in a note published late on Wednesday. "The deployment of the anti-fragmentation tools clears the pathway for policy rate liftoff and an accelerated tightening cycle."

"We are adding a third 50bp hike to our call. We now see hikes of 25bp in July and 50bp in September, October and December. This means 175bp of hikes over the next six months and a deposit rate of 1.25% at the end of this year."