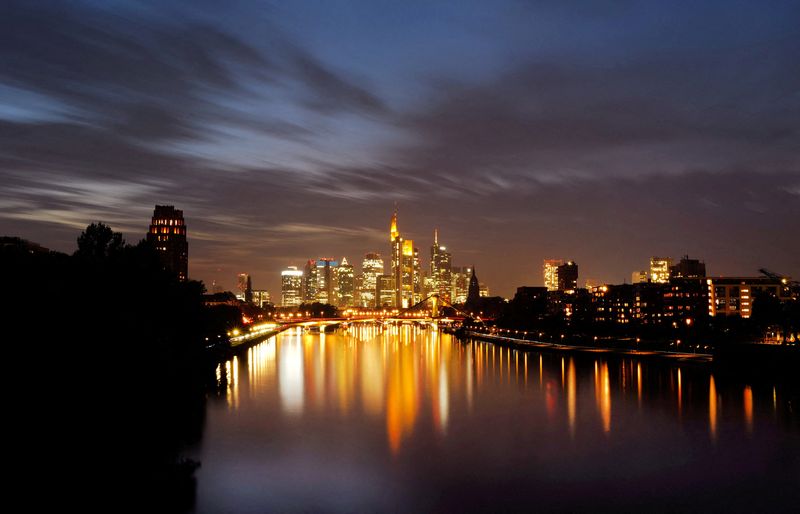 © Reuters. FILE PHOTO: The sun sets behind the skyline with the banking district in Frankfurt, Germany, October 18, 2021. REUTERS/Kai Pfaffenbach/File Photo

FRANKFURT (Reuters) -Some European banks are holding off on a decision to move forward with a new payments project that is intended be a home-grown rival to Mastercard (NYSE:MA) and Visa (NYSE:V), the company overseeing the effort said on Thursday.

The delay marks a major snag in the so-called European Payments Initiative (EPI), which aims to become a new standard means of payment by offering a card for consumers and retailers across Europe.

A majority of the shareholders in Belgium, Germany and France want to move ahead with the project, EPI Interim Company said in a statement on its website.

"Other shareholders, such as some Spanish banks, will provide their answer in January," it said.

Holdouts include Germany's Commerzbank (DE:CBKG) and DZ Bank, people with knowledge of the matter told Reuters. The two lenders are currently planning to exit the project on concerns over a relatively high cost of equity participation for German banks, the sources said.

Unicredit (MI:CRDI)'s German operations are also no longer planning to participate but will examine any future proposals, a spokesperson said.

Deutsche Bank (DE:DBKGn) and BNP Paribas (OTC:BNPQY) have been among the banks backing the project.