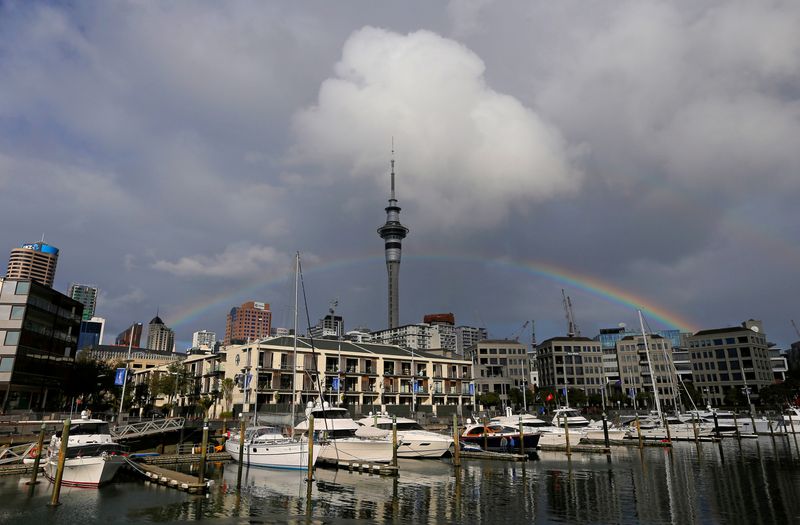 SYDNEY (Reuters) - New Zealand's economy rebounded sharply last quarter as a lifting of coronavirus restrictions and the return of tourists helped it dodge recession, though it may be a last hurrah for strong growth as surging interest rates steamroll demand.

Official data out on Thursday showed gross domestic product (GDP) rose 1.7% in the June quarter, beating forecasts of a 1.0% gain and a timely recovery from the first quarter's 0.2% drop.

Annual growth slowed to just 0.4%, but that was biased down by the timing of various lockdowns and the main message was one of an economy running with scant spare capacity and soaring cost pressures.

The Reserve Bank of New Zealand (RBNZ) has already lifted interest rates by an eye-watering 275 basis points to 3.0% and believes it will have to get to at least 4.0% to slow demand enough to contain inflation.

Markets have almost fully priced in further hikes to 4.25% given consumer price inflation hit a three-decade peak of 7.3% in the June quarter and the labour market remains drum-tight.

The opening of the country's borders only added to demand as tourist spending jumped 157% from the first quarter.

All the growth was concentrated in the services sector with household spending on goods actually falling in the June quarter. That helped lift the expenditure measure of GDP by a brisk 2.1% for the quarter.

Price measures in the GDP report were also hot with inflation for business investment, house construction and the like running at 6.4% in the year to June.

While petrol prices have pulled back in the last couple of months, food prices have shot higher amid poor growing conditions and rising production costs.

The government's measure of food prices climbed 8.3% in the year to August, the biggest increase in 13 years.

One price that is falling is for houses, as higher borrowing costs burst the huge bubble that grew during the pandemic, sending values down 6% in August from a year earlier.

"Importantly, the downturn in the housing market signals a period of broader softness in household demand," said Michael Gordon, acting chief economist for NZ at Westpac.