No respite from Fed rate hikes this year, chances rising of four 50 bps in a row - Reuters poll 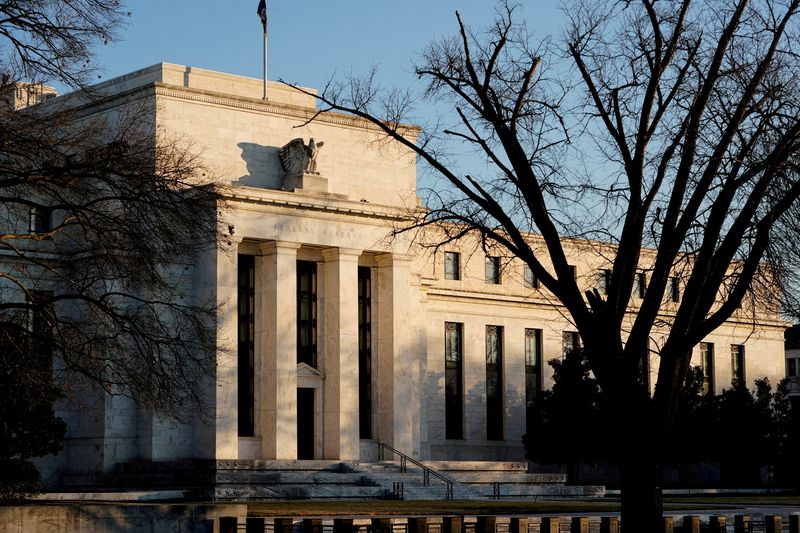 By Prerana Bhat and Indradip Ghosh

BENGALURU (Reuters) - The U.S. Federal Reserve will hike its key interest rate by 50 basis points in June and July, with rising chances of a similar move in September, according to a Reuters poll of economists who see no pause in rate rises until next year.

Faced with inflation running at just below a four-decade high and more tightening in the labor market, the Fed is under pressure to quickly take its policy rate to the neutral level that neither stimulates nor restricts - and beyond.

All 85 economists in a June 6-9 Reuters poll predicted a 50 basis point federal funds rate hike to 1.25%-1.50% on Wednesday, after a similar move last month. Another such hike was penciled in for July by all but a handful of survey contributors.

While more than two-thirds of respondents, 59 of 85, expected a 25 basis point hike in September, more than one-quarter, 23, saw the Fed hiking again by half a point. That is up from one-fifth of the sample last month.

"The bad news for the Fed is that inflation is now so far above target that it has little choice but to tighten aggressively," said Ethan Harris, global economist at Bank of America (NYSE:BAC) Securities.

The median of 43 responses to an additional question showed a 50% probability of a 50 basis point hike in September. The median probability for a similar move in November and December was 30% and 25%, respectively.

Nearly 60% respondents to an additional question, 24 of 41, said the Fed would pause raising rates in either the first or second quarter of next year. Nine said the second half or beyond, while the rest said sometime this year.

The survey showed a steady median 40% probability of a U.S. recession over the next two years, with a 25% chance of that happening in the coming year.

However, price pressures were predicted to persist as supply chain disruptions continue to push up costs globally. Consumer Price Index (CPI) inflation was forecast to average 7.4% this year and remain above the Fed's 2% target until 2024 at least.

Despite those worries, the U.S. labor market, which the Fed also targets, showed little signs of worsening anytime soon.

The jobless rate was predicted to average at the current level of 3.6% this year and the next, before mildly picking up to 3.8% in 2024.

"The bottom line is that for now, there is little conflict between the Fed's two mandates ... But the Fed's job could get a lot more difficult next year if inflation remains 'sticky-high' and the unemployment rate rises above 4%," added BofA's Harris.