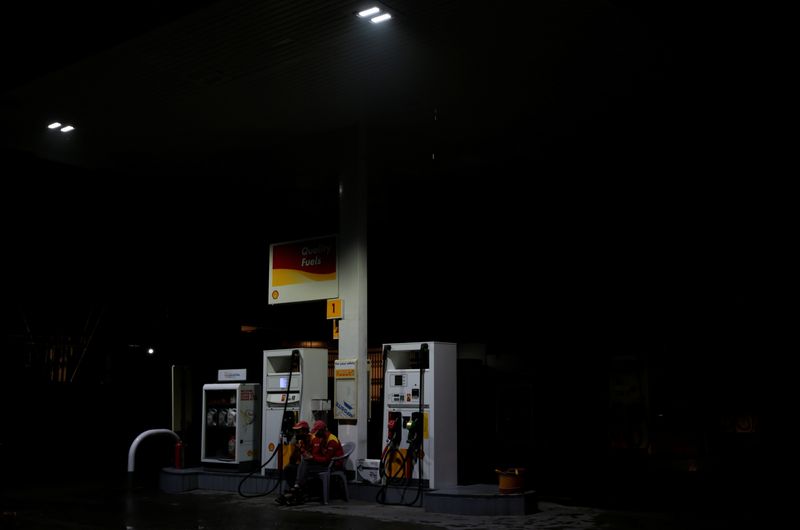 © Reuters. Employees sit next to fuel pumps as they close the petrol station after running out of petrol, in Islamabad, Pakistan July 26, 2017. REUTERS/Caren Firouz/Files

ISLAMABAD (Reuters) - Pakistan said on Saturday it would maintain subsidies to keep fuel and power prices steady for consumers, going against International Monetary Fund (IMF) recommendations as the country seeks to boost its rescue package with the fund.

The IMF said on Monday that Pakistan had agreed to roll back unfunded subsidies to the oil and power sectors ahead of the resumption next month of a review of the $6 billion package signed in July 2019.

But Prime Minister Shehbaz Sharif rejected a proposal to raise the prices of petroleum products "so as not to burden the consumers", a finance ministry statement said.

The prices are reviewed every two weeks.

Pakistan is set to give more than $2 billion in subsidies to the oil and power sectors from April to June, which was announced by ousted Prime Minister Imran Khan in his last days in power.

Fuel and electricity prices have been the subject of public pressure amid double-digit inflation.

An IMF mission is due to arrive in Pakistan in May to resume discussions over policies for completing the seventh review of the country's Extended Fund Facility (EFF), which Islamabad has asked the IMF to increase the size and duration of.

If the IMF review is cleared, Pakistan will get more than $900 million, which would in turn unlock additional external funding.

The South Asian nation is in dire need of external finances due to a widening current account deficit and foreign reserves falling as low as $10.5 billion, equivalent to less than two months of imports.